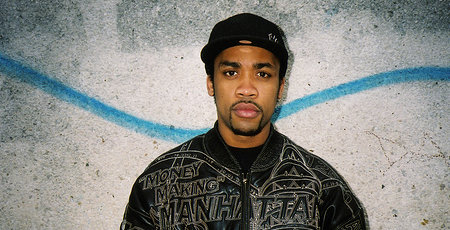 We did tell you Ustream was gonna be big.

Following Nicki Minaj using the streaming service for a press conference about her new album last week, Kanye West and Wiley took to their respective webcams this weekend.

Kanye West used Friday afternoon as an opportunity to reveal that his new album, which was going to be titled Good Ass Job but now probably isn’t, will be released “sometime in November”, and that a new Kanye single will be release in “about 20 days”. It’ll either be called ‘Lost in the World’ or ‘All of the Lights’.

West also talked about working with RZA, Pete Rock and Q-Tip, and claimed that his new album was inspired lyrically by Thom Yorke and Trent Reznor “for the way they can make lyrical abstraction resonate with the masses” [via Pitchfork].

Oh yeah, and he also plans to “recreate the Sistine Chapel, in a way”. You can watch the whole thing here.

Wiley meanwhile called three – yes, three – Ustreams yesterday, while on holiday with his girlfriend in Jamaica, who spent the majority of the time looking quite bored but did at one point sing when Wiley left her with the laptop and disappeared for a while.

Unlike Kanye and Minaj, Wiley didn’t have any album announcements to make, but he did say that his new label, All Around the World are “basically the same as the old label, wanting [him] to make another ‘Take That’, and although he doesn’t still hate manager John Woolf, he does want to keep him as far away from his money as possible.

When someone in the chat room asked him about Diplo, Wiley said that he “wasn’t Diplo’s number one fan”, because when they tried to work together before the Floridian producer kept “pissing about”. He also got very animated when telling the story of a young Dizzee Rascal being stabbed in Ayia Napa, and found himself infinitely amused at the fact that there was a Ustream user in the chatroom called CalumBOOM.

Oh, and we missed this bit, but according to a Grimeforum user, when one punter in the chat room said something that Wiley disagreed with, he replied “why you talking to me like that for? I never made your mum trip over in Safeways so her shopping goes everywhere.”