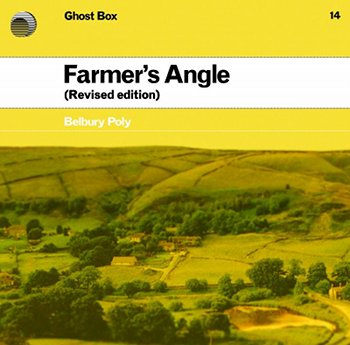 The mini-CD was pressed in limited quantities, quickly becoming a collector’s item and virtually impossible to buy first-hand. One of its tracks, ‘Wildspot’, later appeared on the first Belbury Poly album, The Willows.

On September 10, Ghost Box will release Farmer’s Angle (Revised edition) on 10″ vinyl, CD and download. The four tracks from the original release will be supplemented with three new tracks, including one made in collaboration with The Advisory Circle. Full details of the bonus tracks will be revealed later this month.

The Ghost Box ‘revised edition’ reissue programme began earlier this year with an expanded version of The Advisory Circle’s Mind How You Go.