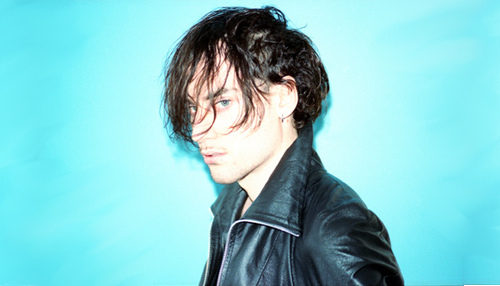 In an age of teenage pop stars, there is always the question of what might happen to them once they’ve been through the music industry’s machine. Jimmy Edgar’s first music releases were in his late teens for IDM labels Isophlux Records and Merck Records. He quickly gained a following and it wasn’t long before an eight-year relationship with Warp Records began.

His EPs Access Rhythm (2004) and Bounce Make Model (2005) found him experimenting with a much more dancefloor-centric tempo and style, drawing inspiration from heroes Michael Jackson and Prince. These explorations led to the full-blown and confrontational electro-pop of 2006’s Color Strip album. The album, with lead single ‘I Wanna Be Your STD’ shifted styles from bouncy Detroit electro to menacing bass monsters and light, beautiful meditations. Released amidst his growing involvement in fashion and photography, it heralded a new and bright future for the young artist.

“It’s been sort of a rocky road, to be honest.”

You recently moved from New York and Detroit to Berlin. What brought this transatlantic relocation about?

“Yeah, this was approximately…47 days ago, so it’s still kind of fresh. It’s easier for me because I’m traveling a lot these days and Berlin is more centralized than New York or Detroit.”

As a music performer for almost 10 years, how has it been to essentially grow up through your music career?

“Well, it’s been sort of a rocky road, to be honest. It didn’t really start off easy. I’ve been basically living off music my whole life but it’s only recently that I’ve been able to take time off when I want and enjoy places that I visit. Most of the places I go to I have friends there now. It’s different than when I was first new to it.”

“Yeah, my earlier work was strictly made on computer, but I grew up playing instruments and writing songs on piano. So when I was subjected to computers, it was exciting for me because I could produce an entire album myself. I didn’t have to worry about having help recording the music. That was really good introduction to producing electronic music. But over the years, I was learning better songwriting skills and post-production techniques, and in the end I’ve been combining all the skills and styles I’ve learnt.” 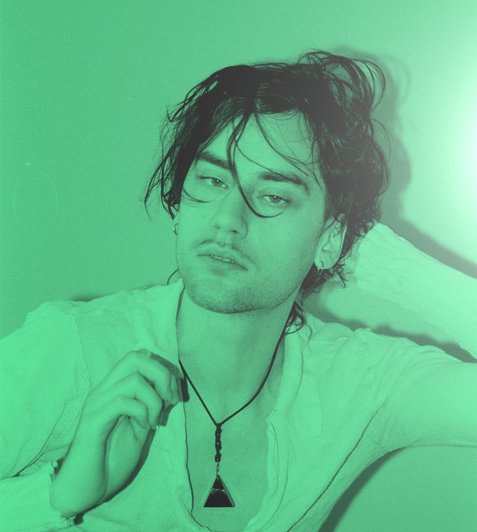 “I did a celibacy experiment, and combined with getting off of drugs at the time, the album was a culmination of all this looking inside myself.”

“Obviously it’s eluding to sexual situations, but the name is actually coming from Egyptian times and is a peak inside someone’s soul. The X in Egyptian culture is basically the soul. So then it’s a trinity, or pyramid, of the soul. That’s kind of what this album was for me because a lot of the content is about tension and relationships. I was going through some extremely destructive periods and relationships. Then I did a celibacy experiment, and combined with getting off of drugs at the time, the album was a culmination of all this looking inside myself.”

So this album was a cathartic experience for you?

“Absolutely. This was my blood, sweat, and tears for the past five years. I went through a lot of shit during that time. So it’s like a therapeutic cleansing to see it released now. It’s something I needed to do.”

“I have a hard time talking about influences because I started making music, and I know this sounds cliché, but I heard this music in my head and really wanted to listen to it. So I try to make music that I want to hear. I can’t deny the influence that electro, funk, and Detroit and strip club music has had on me. Prince, of course, and Michael Jackson, one of my all-time favorites. So the album is pointing at more of a pop structure, because those are the artists that I look to for pop music. It’s almost like a dialect of language because I grew up speaking this language then I would speak another dialect if I was in another place. So it’s really about musical dialect in a way.”

I had read that most of your studio is analog and that you record on tape. Could you talk about how you write and create your music?

“On the latest album, it was all written on piano first, so the songs have that kind of structure. I focused more on sharpening my piano skills for this so that the music had more of a melodic quality. Not everything was recorded on tape, though. But most of it is analog because I like the sound of it and I have hard time getting into making music with software. It doesn’t feel like it has the same amount of punch. It’s also easier for me to go from piano to analog instruments. In the end, of course, I’m doing a lot of digital processes as well.”

The analog sounds gives the album a warm, emotional vibe to it as well.

“Yeah, thanks. The stuff that I do completely digitally I usually release under different names or on different record labels. Another thing is that analog takes a long time, usually, getting the sound right and recording it. It seems that whenever I make a song digitally then it’s done very quickly and I feel like I haven’t done enough to it. So it’s a personal feeling, as well.”

There used to be a large divide between underground electronic music and popular electronic but recently it seems like these are converging. Do you see this in your own work?

“To be honest, I don’t really consider myself an electronic musician because it has a certain connotation that doesn’t fit what I do. Any music these days, though, is electronic. Just because there are guitars in my track doesn’t mean it’s not electronic. The only music I listen to these days is pop once in awhile and I like hip-hop. I’m getting stuff from friends but I’m usually out of the loop with current music. For instance, whenever I meet someone new and they hear my music, I usually get a good response, but they always ask me what other artists are doing stuff like this. I never really know what to say. I don’t think it’s a good or bad thing, but I’m just out of the loop. I think it’s because I stay so busy, I don’t have time to stay current, generally.” 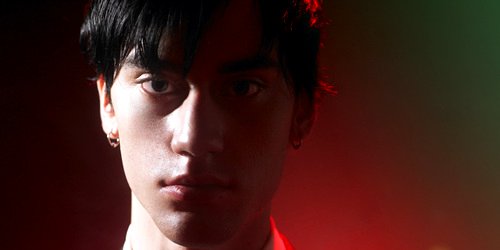 Speaking of staying busy, you’re also well-known as a fashion photographer. How did you enter into that field?

“I think it came about just from taking pictures of my girlfriends and friends. I really liked dressing them up and doing different shit with them. It really just evolved from there.”

Being a visual artist as well as a musician, how do you see those two sides influencing each other?

“They go hand-in-hand. I was just having this conversation the other day because my friend had asked me when I hear music, if I remember it really well? I realized that I don’t remember it very well….for one thing, I only have hearing in one ear… and the other thing is that most people have a visual learning experience and that’s how I am. If I hear something, like people’s names, I have a really hard time remembering it. That’s why the visual element is so important to me, why I like being involved in the graphic end of things, with the photography and video components. Otherwise, music just makes no sense to me. The only time I can relate to a song is when I have some kind of cinematic scene going on with it.”

Do you see some of your songs as scenes?

“Definitely. My hearing is so bad that when I was younger I developed this thing where I see colors as sound, which is called synesthesia. I wasn’t born with it but I always thought everyone had this, seeing colors as numbers. And when people talk, I always see colors and shapes. So I have that with my music, with everyone’s music. I think my brain just developed this when I lost some of my hearing. ” 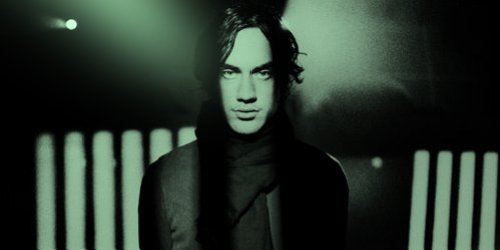 “I’m not very good at supporting things that are already finished because I have a desire to be working on new stuff all the time.”

Your live performances are known for being very animated and visually interesting. When you plan a show, what’s going through your head with what you want to project to the audience?

“Mostly a sense of mystery, something extremely erratic. Something someone can dance to instead of sit there and want to watch. Getting the sound right is also important and I’m working on some really intense visuals for my set right now. Normally when you go to a show and someone’s projecting something, it’s not very synchronized to the music. It’s hard to find someone who is really good at that. That’s what I’m working on now, visuals that are completely synchronized so that it won’t just be background. I’ve figured out a really nice way to do it for this tour starting soon.”

What are your plans after the tour?

“I’m actually really anxious to be done with the tour. I love playing live, but I want to get back to this film I was working on before I left Detroit. I want to finish that up. I’m not very good at supporting things that are already finished because I have a desire to be working on new stuff all the time.”

What’s the film about?

“It’s basically about a celibacy club and a journey of a girl in incredible trouble. It’s a very mysterious film. I’m a fan of the films of people like David Lynch and Kenneth Anger. I’m doing everything on it, writing and directing. There’s a lot of tension and seduction around this celibacy club, but nothing sexual. I wrote it after I was certified as a hypnotherapist so the entire film so the entire film is written in hypnotic language. The narration and the voices are actually speaking to your subconscious. It’s a neuro-linguistic programming technique when I don’t think anyone has done before in a film. The other interesting thing is that all of the actors and actresses are hypnotized during filming, so I can give them suggestions to help their performance. It’s a very in-depth process but I think its making the process that much better.”