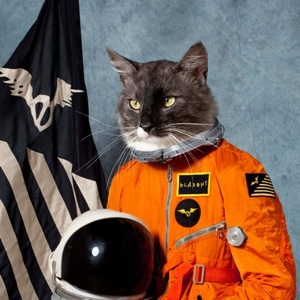 I was 17 when Klaxons first hit, and I still remember it to this day. We were at that age where you start going to clubs, and people my age seemed to view Klaxons as the soundtrack to this new life of ours. Nu-rave! It’s a Rave, Dave! Klaxons were at the heart of this, the only vaguely credible band in the nu-rave flood, and people my age based their entire identities around them. They would wear retro Gameboys and neon-pink teacups around their necks, whilst I sat in the corner, smoking dismissively and being pushed into a greater and greater dependency on The Fall by all around me.

Here’s the problem with Klaxons. They are a band who became incredibly famous really quickly without ever having the time to properly tie down who they are and what they’re about. So they’re now stuck in a sort of fame without having the time to become properly satisfied with their own sound. So, convinced that the only way forward is to get more intellectual, serious and “authentic” they drop their pop backgrounds and try to “go clever”. Similar things happened to Razorlight and McFly. And if you think it’s cruel to align Klaxons with these bands, you haven’t heard this album yet.

The lyrics are asinine and signify nothing.  Here’s a random selection, from ‘Flashover’: “Dimensions of time have come undone / Now we have become so un-alone”. I mean for fuck’s sake. They’re still doing that half-falsetto thing, and cling to it so steadfastly that you begin to think they’re afraid of anything else, and may sound terrible if they do. None of the tracks have any memorable melody or moving moments. You couldn’t even dance to this.

The whole album sounds like it was recorded in the mind of a fifteen-year-old boy, jacked up on J.G. Ballard and fumbling sexuality. The reason middle class kids get into heavy metal is because there’s nothing to legitimately complain about in the suburbs, and so prog or metal lyrics whinge about things so obscure no one could say “it’s not that bad”. A song about how your parents are always fussing over your comfort and security seems precious, but write a song about how hard it is to go through judicial processes in ancient Egypt and people will leave you alone. And Klaxons do similar things. They make their songs so unusual and distant but try to pretend, by singing them in this sensitive falsetto, that they’re brilliant Friday night songs which relate to everyday life.

But they’re not. They’re universally pointless, often containing abstractions piled upon abstractions. The album is filled with words like “void” and “infinity”. They constantly throw their focus out into the cosmos, and I’d like to think that this is the meaning of the feline astronaut picture on the cover; when the domestic is taken out into space and the distant future, it becomes newly meaningful and unfamiliar. But that’s almost certainly not the point. It’s just a funny picture of a cat in a spacesuit.

The band were apparently told to re-record parts of the album because it was “too experimental.” I can imagine this seeming experimental to a record executive at Polydor records, but in truth it’s just boring. The more you listen, the less it means. The tracks begin to merge into one. Every single track is a mess of guitars and effects pedals, with rigid rubbery bass and snap-crack drums tying it down to rock music, ensuring it can never escape into something more interesting, which it probably wouldn’t do anyway but it’s worth a shot. This is the sound of a band backed up against the wall; just put another noisy guitar riff in, add more noise, make it more frantic, maybe we can hide what’s really not happening here.

This is music that exists in its own solipsistic isle of tasteless nothings, connected to nowhere, surrounded by seas of fluff. It’s not rave music, it’s not rock, it’s not indie. It’s just a confused band rattling out stuff. Just some stuff. How do you hide the fact that your album is about naff all? Make it complex, make it obscurantist nonsense. Make it prog.

“No one who has something original or important to say will willingly run the risk of being misunderstood; people who write obscurely are either unskilled in writing or up to mischief”, says Peter Medawar. And it’s always true. So, are Klaxons unskilled in writing, or up to mischief, in this case the mischief of hiding the fact they have nothing to say? Don’t worry too much about the answer, people: there’s no reason it can’t be both.