Nite Jewel: Am I Real? 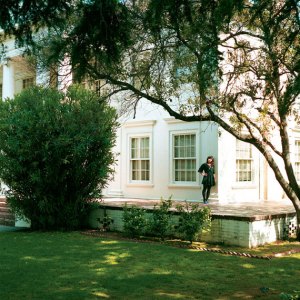 Ramona Gonzalez’s Nite Jewel project has a unique character. She possesses a truly striking voice, reminiscent at various points of Arthur Russell, Morrissey, Cocteau Twins and the Young Marble Giants, but this isn’t the key to why her work is great.

What sets her apart is the palette of sounds she uses in her productions. It’s not exactly an ‘80s sound on this new EP, as the retro tag doesn’t quite fit, but she has developed an uncanny ability to render quite clunky lo-fi sounds as steamy and graceful, filling quirky old drum machines and keyboards with something approaching glamour.

What’s more, this ad hoc sound doesn’t have the autistic tendencies of a lot of lo-fi bedroom producers. Instead it stands out when more conventional musical garnish, such as the slap bass and Prince-esque guitar on lead track ‘Am I Real?’, or the smooth bass in the dreamy pop of ‘Forget You and I’, are added to fill out the tracks. Am I Real? is filled with internal dialogue, would-be arguments and intimate confessions – ‘Falling Far Is Distant’ rain damaged but epic, while ‘White Lies’ is poised but fuming. A gorgeous break-up record.