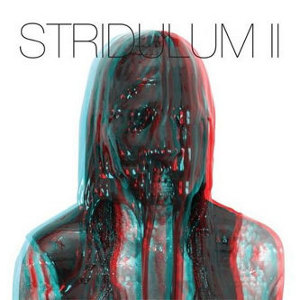 The cynic in me is dubious about Stridulum II – slightly wary that ‘II’ merely denotes that this is a repackaged, European release of a Zola Jesus EP I already own. I worry it feels like someone is taking an EP I listened to six months ago, tacking three extra songs on the end and selling it back to me as a full length album. There’s a persistent voice in my head that says: “so what if it didn’t get a UK release first time around? In these internet dominated days, what does that even mean?” The cynic in me thinks this is all a big marketing ploy.

Basically, the cynic in me needs to shut up and stop whining. Leaving those three new songs aside for a moment, the original Stridulum is easily up with some of the best records released this year. It’s great because, in theory, it shouldn’t work so well. Nika Roza Danilova, the woman behind the Zola Jesus moniker, is a 21 year-old classically trained vocalist from an opera background. She sings dark, gothic songs about loneliness over drum machines and synthesised strings plundered straight out of the 1980s – iTunes categorises this as “Gothic pop”.  On paper very little about this sounds appealing. But in practice it is, very much so.

It works because Danilova carries it off with such conviction. She knows how to use the asset of her powerful voice without over-doing it; she delivers straight-up, dramatic lyrics with the kind of passion that means you’ll happily buy into her every word. When she belts out the hooks on ‘Night’ or ‘I Can’t Stand’ it’s easy to believe in her lyrics as much as she obviously does.

Musically, again, it’s the conviction that makes it work. Sure, everything’s drenched in reverb for added gloom but underneath lies simple, catchy rhythms and pure, synth-pop patterns. Danilova’s vocals sit bang in the centre of the mix, cutting through – the polished musical production adding emphasis and width to the songs in all the right places.

Zola Jesus’ music wasn’t always like this, however; her breakout LP, 2009’s The Spoils was a much more lo-fi, scrappy affair. Not that at the time this was such a bad thing – The Spoils had a lot going for it. But now, comparing the two side-by-side, Stridulum’s tidier production certainly allows for Zola Jesus’ best qualities to come to the forefront.

Those three new tracks, meanwhile, are a completely pleasant surprise. Where you expect to find studio session cast-offs or misfit B-sides, what we’re actually presented with are a selection of tracks, recorded more recently than the original EP, that not only fit in with the overall style and feel of the record but develop the sound in nice directions. The result is a new addendum to Stridulum that actually contains some of its best moments. ‘Tower’ is a slow rhythmical number that fully demonstrates the influence Danilova takes from ‘80s industrial music while still managing to incorporate a surprisingly catchy chorus. ‘Sea Talk’, on the other hand, is one of Zola’s most emotively engaging vocal performance to date.

So, the existence of Stridulum II is definitely a good thing. For one thing it’s an excuse to give a bit of extra publicity to one of 2010’s better releases; hopefully helping Zola Jesus to, deservedly, sell a few more records on this side of the Atlantic and to get in front of some new audiences. Meanwhile, for those who picked up the EP first time around, the new additions are certainly well worthy of a download at least. The cynic in me is now going to hang his head in shame.