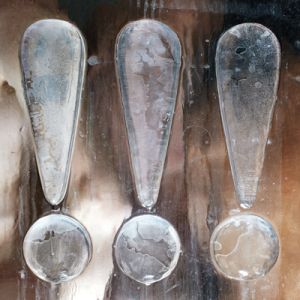 While !!!’s moniker may be a defiantly obtuse and unusual gesture – a raised middle figure to the powers of Google and self promotion – this fluid beat combo have often felt like the journey men of guitar-based disco punk. Indeed, when LCD Soundsystem’s James Murphy first crowed about bands selling guitars to buy turntables and bands selling turntable to buy guitars, you couldn’t help thinking that !!! were among the last jokers to crack open a keg at the punk-funk frat party.

While singles such as ‘Me and Giuliani Down By the School Yard’, ‘Pardon My Freedom’ and ‘Heart of Hearts’ snarled in a tight, sinewy fashion, they never quite pinned the tail on the pop donkey in the same way as contemporaries such as Murphy’s LCD and the Rapture did. Over seven years later and Murphy’s prophecy of losing his edge is fast becoming a reality. While LCD have announced their latest album will be their last, and the Rapture seemed to opt for synths, chemicals and a slow rate of output long ago, !!! have donned the scuba diving gear and taken their funk deep.

Strange Weather, Isn’t it?, their first album since 2007’s Myth Takes, is the band’s supposed nod to the darker side of the party. They’ve gone through the death of their former drummer while a number of personnel changes also appear to have fed into the creative broth. There’s still a riot going on but one laced with more intent and focus and an understandable awareness that perhaps this can’t last forever.

Recorded between Berlin and their native California, the influence of the autobahn can be heard in the motorik grooves that provide the backbone to many of the nine tracks included. But !!! were always more prone to hallucinogenic, dubby jamming than their more pop orientated chums. Like a less smacked out, gun-toting version of the Happy Mondays, the best moments on Strange Weather occur when the band play without self-awareness but with a mind for melody, dropping depth charges of dubbed out dance but keeping them afloat by nailing these grooves to pop buoys.

‘Steady as the Sidewalk Cracks’ utilises a saxophone break and nagging aunt of a chorus while ‘Jamie My Intentions are Bass’ and the crushing ‘The Hammer’show that !!! can still fidget and rave with the best of them. They haven’t quite quite ripped up their rulebook, but they have polished what they do best into a louder and larger form, exemplified best by frontman Nic Offer’s voice, which has grown into a distinctive funk-fuelled growl reminiscent of a grizzled soul man. If there’s one weakness to Strange Weather, it’s the fact that sometimes the band conceal their tunes too well within the extended funk workouts on show; !!! have retained their edge, but sometimes you need to dive deep to find it.