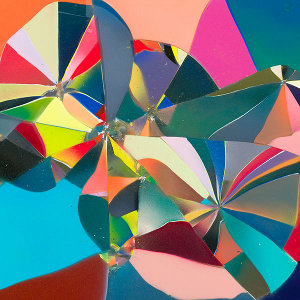 People compare Glasser to Fever Ray, but if you ask me a better comparison would be the lesser known but equally great El Perro Del Mar, a less sparse sonic cousin of Fever Ray with the same shaky alienation and ethereal wistfulness. What’s good about Glasser is it seems totally devoid of a root location. You could play someone ‘Home’ and tell them it was made anywhere – Los Angeles, New York, Scandinavia, London, France – and they’d nod and feel it made sense. And I don’t mean that pejoratively at all. Glasser’s music exists in its own weird place. Even her voice lacks any accent that you could pin-point.

Sometimes Glasser verges on the worst aspects of the singer-songwriter. The first few lyrics do get alarm bells ringing, and you wonder if this is gonna be another one of those navel-gazing pleasantries you find soundtracking mobile phone adverts these days. But then she starts these windy “oh-ohhs” and the song rises above such problems.

This is a song of cold comforts, with a jangling thumb-piano repeating throughout and a trickling coda of icy whispers at the end. In between, a string section offers severity, and drums roll, whilst Glasser seems lost inside her own song. The verses, the only place where Glasser’s voice has total control, are minute next to these vast expanses of instrumental tundra, with Glasser gently moaning in the background.

You always hear people going on about “summer music” at this time of the year and I never know what they’re talking about. I suspect they really just mean pop music, but if you try to get them to nail down a real definition they usually say something like, ‘oh, you know, music that sounds dead light and free.’ But under that ‘Home’ would be great summer music, despite the fact that no one could deny its wintry charm. Again, this is music that could be from anywhere, and played anywhere.