Solid Gold is a new, unmixed compilation of tracks from early Italians Do It Better 12″s, many of which are now out of print.

The disc has been available since June via IDIB mail-order, but this week a few copies have found their way into record stores around the world. Put together by Johnny Jewel, who as producer/member of Chromatics and Glass Candy (pictured above) has done more than anyone to forge the label’s distinct sonic identity, Solid Gold is an expertly sequenced and absorbing affair, and particularly useful for those who don’t do vinyl or have found increasingly expensive 12″ shipping costs to be prohibitive.

For us the undisputed highlight of the package is Invisible Conga People’s pensive groover ‘Cable Dazed’, but Solange’s ‘Robots Are Dub American’, Rubies feat. Feist’s ‘I Feel Electric’ and Dan Lissvik’s remix of Tiedye’s ‘Fisherman’s Bend’ are also worth the price of admission. 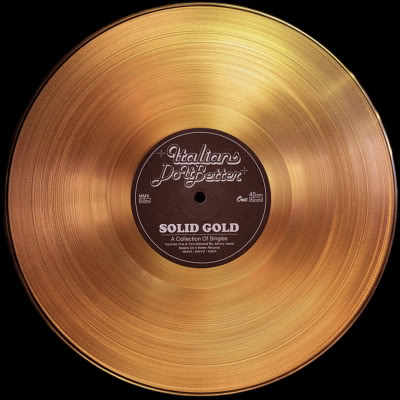