Holy Ghost!: Static on the Wire 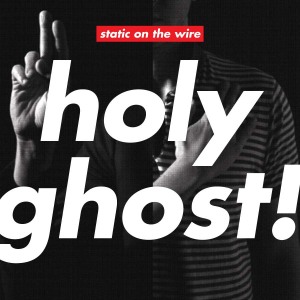 New York duo Alex Frankel and Nick Millhise are Holy Ghost! – the latest disco-leaning pair of producers and DJs to take James Murphy’s DFA baton and run with it. Their latest EP, Static on the Wire, has been a long time coming – only a select handful of remixes and DJ dates have followed in the wake of their 2007 debut 12” ‘Hold On’, a DFA classic which graced Cut Copy’s So Cosmic mixtape back in 2007.

And indeed, Cut Copy, along with DFA affiliates such as Hot Chip and the more grizzled Juan Maclean, who lends a guitar solo to this EP, seem to act as musical signposts of sorts for Holy Ghost! Whereas these acts look to intertwine the essence of guitar pop with floor-focused beats, Holy Ghost! take the punk-funk blueprint drawn up by their label and aped by so many since, and coat it with an immediately recognisable ‘80s pop sheen.

Each of the four original tracks on Static on the Wire, particularly the triumphant, electronic throb of closer ‘I Know, I Hear’, arrive so polished that they slide through your ears like a pebble through water. Granted, on repeated listens they eventually unsheathe themselves a little and act up to ensure their presence is felt, but although all four bear the classic DFA hallmarks – liquid (Liquid) bass, de rigueur cowbells, waves of synth – and are undeniably infectious, they’re a bit too restrained; never quite pushing the boat out.

Combined with their limp live showing at this year’s Lovebox festival, it seems that the claws that Holy Ghost! had originally beared with ‘Hold On’ have been filed down a little in the time spent away. Let’s hope they’re back to full sharpness for the next release.