Katy B: ‘Katy on a Mission’ 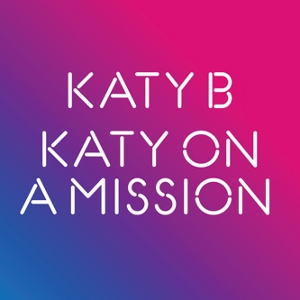 Unless you’ve been hiding in a sound-proofed cave for the last few months you’re probably already familiar with the Benga-produced anthem ‘Katy On A Mission’. The track sees 20 year old Katy crooning soulfully over an accessible version of dubstep: light on the bass but with vocal hooks you could snag your hoodie on. Katy has the eloquent delivery that you’d expect from a BRIT school graduate with a degree in popular music and it perfectly complements the mid-range drone and energetic beats supplied by Benga.

B-side, the Zinc-produced ‘Louder’ features Katy singing about partying into the early hours over a watered-down version of the producer’s trademark crack-house. Both Zinc and Benga have modified their sound for maximum radio exposure, but while the purist in me wants to sneer at any music that wears its commercial agenda so openly I can’t deny that both productions are scarily addictive.

The South London vocalist is currently riding the crest of the UK Funky wave, cannily turning down a number of major label offers to sign with Rinse earlier this year. Since then the singer has lent vocals to The Count and Sinden’s Mega Mega Mega as well as collaborating with dubstep supergroup Magnetic Man on forthcoming single ‘Perfect Stranger’. You don’t need a degree in popular music to see that Katy B is at the vanguard of the UK dance scene’s continuing assault on the mainstream, and with tracks like these she might just succeed.