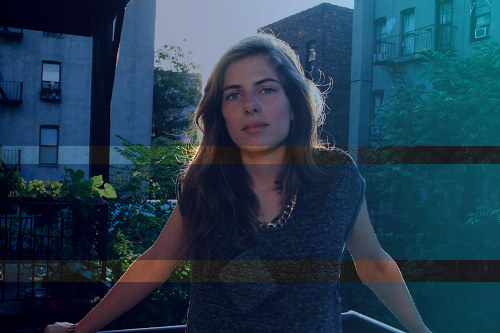 One of our favourite breakthrough artists of the year here at FACT is Laurel Halo.

Bred in Michigan but now living in Brooklyn, Laurel got in touch a while back to send us King Felix, a free digital EP that could have been recorded twenty years ago on 4AD, but also fits perfectly into the crossroads between AM radio, Polaroid-shot pop music, video game nostalgia and R’n’B where so much of today’s best music lies. If Laurel’s myspace is anything to go by, she’s fixated with flotation and suspension – hanging gardens and scuba diving particular reference points – and her music seems to hang, very still and angelic, in the air as you view it from different vantage points.

We figured it only polite to get in touch back, and have a chat about suspension, Brooklyn, Kate Bush and more.

So you’ve relocated from Michigan to Brooklyn – how long ago was that?

“I moved from Ann Arbor to Brooklyn a year and a half ago.”

Were you already making music in Michigan? And if so, what sort of stuff was it?

“I started writing music at 19 and released three EPs between 2006 and 2009.  The instrumentation changed vastly across the three, though the vibe always remained consistent – I suppose I was always more curious to explore different textures, arrangements and sonic possibilities than confining my music to one particular instrumentation. I have a feeling that my music will remain in flux like this with future releases. You nailed it in the review that I have a fixation with suspension, but I’m also drawn to imagining the shapes of basic music idioms – domes, arcs, webs, etc…”

Are there any particular artists, experiences or aesthetics that have, or continue to particularly inspire you? Kate Bush seems to crop up a lot as a reference point.

“I’m always flattered when people compare my music to Kate Bush’s because she is an overarching talent – a prolific electronic producer, a virtuoso both with her voice and the Fairlight, and a brilliant songwriter.  owever, I don’t feel that our music is that similar – KB’s music is much more theatrical, and her vocal delivery and production style makes her music specifically hers. She’s a role model when it comes to the elegance of her vision and her intense work ethic, but I hope that listeners get past the iconic resonance and hear what’s specifically LH about my music.

“It’s inspired, among other things, by Valis, the asymptotic quantification of memory, mecha violence, my parents, WCBN, fellow electronic musicians from Ann Arbor, stacked 5ths, Andreas Vollenweider, The Inflated Tear, David Axelrod, looking at the shapes you see when you close your eyes, US31, Interlochen, OpenGL, Hajime Sorayama, minaret loudspeakers facing my old apartment balcony in Chiang Mai, the moment at which actual rivers and lakes look computer generated and MYST, spirals, redshift, plane crashes in dreams caused by the Open Internet Coalition and other instigators of Futuristic Bullshit, the plastic foliage lawn in my apartment dressed with mannequin legs, my incredible roommates and their overall spontaneity…” 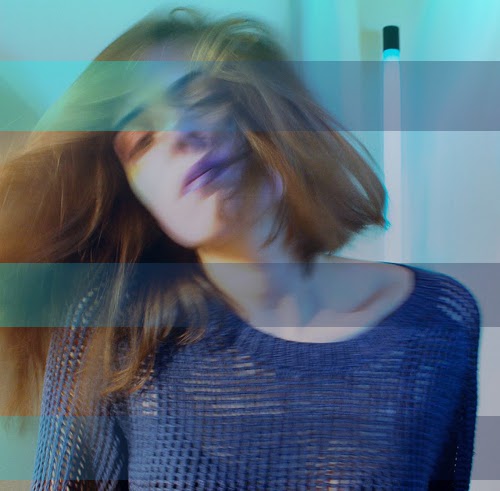 “I’m pretty sure that my music will remain in flux…”

A lot of the people you seem to be associated with – Balam Acab, Oneohtrix [Point Never] – make quite freeform, ambient music. Yours is just as ornate, but it’s a lot more pop – songs like ‘Supersymmetry’ and ‘Metal Confection’ are really hook-driven, with quite grand arrangements at times. How do you view your music, and where do you think it stands right now?

“Like I said I’m pretty sure that my music will remain in flux… I am definitely torn between impulses to create epic soundtrack / soundscapes and universal energy songs, and I will likely release albums that feature both songs and long-form exercises in phasing rhythm/texture. I have a pretty good sense of what I sound like and there’s a way to keep things consistent, even if one track sounds vastly different from the next.  I hope that all the albums I make have an evolutionary progression, why use the limited to pursue the unlimited?”

What sort of set-up do you have? Do you make your music alone, or do other people play on it?

“Right now I have a bedroom studio and I work alone.  I wrote, arranged, performed and produced the King Felix EP, and Ben Greenberg from Zs mixed it tremendously well. He also jammed on a guitar part I wrote for ‘Embassy’.  I’m a bit guarded about working with others during the writing or arranging processes, but mixing is different because I know that a second pair of ears hears the things I don’t, and vice versa.  I am hoping to upgrade with some new hardware and instruments soon, it’s pretty bootleg still – I flipped this weekend when I installed the soft synths in the Korg Legacy Collection… The MonoPoly sounds ridiculously good…”

How to Dress Well – ‘Ready for the World’ (Laurel Halo remix)

Your myspace seems to have a bit of a preoccupation with suspension – whether that’s references to flying gardens, or scuba-diving. Is that something that informs the structure and vibe of your music?

“My music has always focused on imagining the shapes of basic music idioms. Suspension in particular can cause this really amazing feeling when listening because you are lifted up and carried along by constantly shifting chords that are connected and anchored by lines that evolve and change… I love the phase it creates, like the split you feel between watching your surroundings in present tense and time lapse…

“Floating and diving specifically because they take place in hostile and foreign environments, the atmosphere and the sea – imagining the sensation of a virtual reality zone where limitations are surreal. Not that my transhumanist wishes will come true before I die, but one memory scorching dream of childhood was imagining I was on the Mario Kart island, getting out of the car and and going swimming in that neverending, cerulean CGI water, the acute feeling of never needing to come up for air, doing 3D flips and rolls in an eternal blue lagoon…”

What releases / projects do you have in the pipeline?

“I’m mixing live interactive video and singing with midi-funk-samplers GAMES [Oneohtrix Point Never and Joel Ford], recording for a RVNG project, showed a video piece at the end of August, releasing remixes for Sebastien Tellier and Entrepreneurs, and VJing for Pendu Arts + Orgs this fall.  I’ll be releasing a remastered version of King Felix physically and digitally in November on Hippos in Tanks, with a remix from Oneohtrix Point Never.  Afterwards, I will be releasing a new EP for Hippos in February, and a few 7″s planned for spring 2011.

I also have music and a video forthcoming in the second volume of The Report,  a multimedia journal founded by the author of Chocolate Bobka.

And is Laurel Halo your real name?