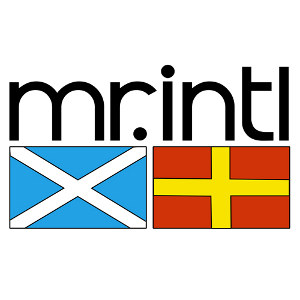 As individuals we all need a purpose, a driving force that imbues our lives with a sense of meaning and gives us a reason to drag ourselves out of bed in the morning. The same is true for record labels. Countless imprints are set up by producers each year with no remit other than to release music that they find vaguely interesting, the result being that they often lack a true sense of identity or cohesion, and as such fail to sustain either their interest or ours. Andrew Butler is clearly a man who doesn’t abide by this “whatever works” philosophy and has vowed that his new label MR.INTL will focus exclusively on music made in the spirit of first wave house and techno. In fact the Hercules and Love Affair head honcho has gone so far as to state that he doesn’t want “anything that sounds pre-’85 or post-’94.”

Working within such strict confines also appears to have liberated Butler as a producer. ‘And I’m (so in love with you)’ is a collaboration with Detroit techno veteran Jason Kendig, who evidently shares Butler’s zeal for re-creating this golden era of dance music, and it’s reassuring to know that it was entirely recorded on pre-1992 vintage equipment. Not surprisingly the use of these analogue machines adds a warmth and depth to the track that is noticeable from the opening bars. Taking modern dance sensibilities and feeding them through outdated equipment is always an interesting experiment, regardless of whether the results are revelatory or simply for nostalgia’s sake. ‘And I’m (so in love with you)’ falls somewhere in between, taking full advantage of an elasticated bassline and a classic dance vocal intonating “this house” to create a bumping groove that effortlessly evokes the golden era of the Chi-town box jam. There are also clear elements of early Detroit techno in the zig-zagging analogue bleeps that emerge halfway through.

Neither of the remixes stray too far from this formula. Deetron submerges the bass for much of the track, giving the synth waves space to rise and fall and making for a more intense listening experience, while Bulgarian producer KiNK throws some harder percussive elements into the mix to create an edgier track with arguably more dance loor potential. The end result is an EP that should fit snugly into any self-respecting house aficionado’s record box. With such a promising start, let’s hope that Butler has the courage to stick to his convictions on later releases.