Games: ‘Everything is Working’ 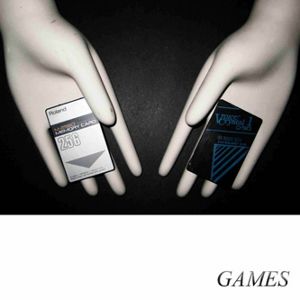 Available on: Hippos In Tanks 7”

Dan Lopatin seems incapable of putting a foot wrong at the moment. Earlier this month we reviewed his poignant acoustic collaboration with Antony Hegarty under his most prominent guise, Oneohtrix Point Never, and now this. Games is Lopatin’s partnership with Tiger City’s Joel Ford, and represents yet another chance for the synth wizard to demonstrate his remarkable versatility. The duo have already garnered a reputation for themselves through a series of acclaimed mixtapes and now finally offer us a 7” release.

The results do not disappoint. ‘Everything Is Working’ retains the intricately layered production values and barely discernable murmurings that have become Lopatin’s trademark, but the introduction of a beat early on immediately makes the track feel more substantial, fitting comfortably alongside early Boards of Canada or the loosely defined chillwave of acts like Neon Indian or Toro Y Moi.

Like the video, which features a girl holding a one-sided conversation while eating a Choc Ice, the track slowly progresses while also seeming to remain frozen in one glorious second of catatonic bliss, exuding a warmth that mirrors the vague optimism of the title. Anyone who’s listened to Tiger City’s Ancient Love will know that the band aren’t ashamed of their infatuation with the ‘80s and Joel Ford seems to have carried this passion across to ‘Everything Is Working’. The result is a track that sounds like the instrumental to the best power ballad never made, and that can only be a good thing.