Audika and Japanese label Press Pop have teamed up to release a previously unheard Arthur Russell track on 10″ vinyl.

‘Ballad Of The Lights’ is a collaboration between Russell and Allen Ginsberg – the late beat poet and consummate beardy bohemian. Recently unearthed from the Russell archive, it was recorded in 1977, and is credited to Arthur Russell and The Flying Hearts featuring Allen Ginsberg. On the B-side of the 10″ you get ‘Pacific High Studio Mantras’, a previously released 1971 hook-up between Ginsberg and Russell.

‘Ballad Of The Lights’ has been dusted down and buffed up for release by Grizzly Bear’s Chris Taylor, who did such a magnificent job on the 2008 Russell collection Love Is Overtaking Me. The artwork for the 10″ is by Archer Prewitt of The Sea And Cake. It’s due out in October. 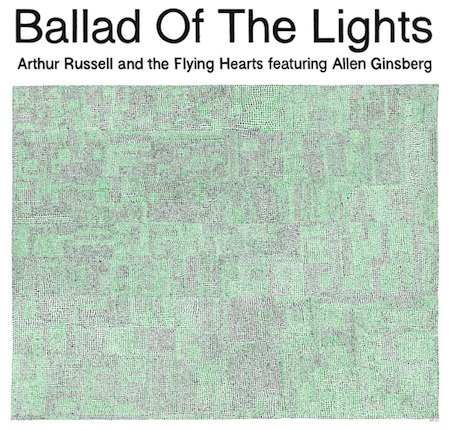 Tracklist:
A. Ballad Of The Lights
B. Pacific High Studio Mantras