Listen to this week’s FACT playlist 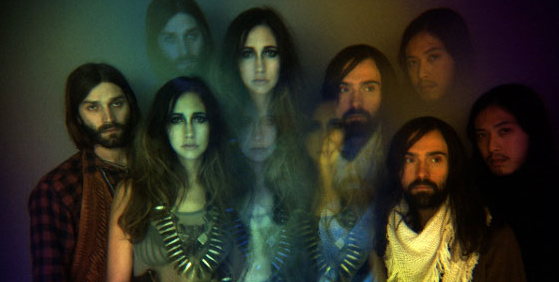 This week’s FACT playlist finds us bidding adieu to the warm weather and reach for our scarves once more. You know how it is.

Robert Wyatt kicks off with ‘Just A Bit’ – the opening track from Cuckooland, his magnificent 2003 album that’s often overlooked in favour of more canonical earlier work. From there we dip into the heady, suspended electronics of two deservedly hyped new acts, Balam Acab and Raime, and techno progenitor Juan Atkins‘ epic new remix of New York art-rockers Psychic Ills. What with Ramadanman this week announcing his plans for a new vinyl-only clubnight in Leeds, we decided to dig out ‘Wad’, the bottomlessly brilliant, percussive house track that he release last year under his Pearson Sound guise. Zed Bias, last week’s star FACT mixer, is represented with a jazzy roller from his Phuturistix days.

Next up are two tracks which are still available to download for free in the Broadcast section of the FACT website: Petals’ tripped-out darkwave version of Water Borders‘ ‘Akko’ and Oneohtrix Point Never‘s immersive re-rub of Vladislav Delay (as Sistol). Two classics see us out, in the shape of the title track from Rough Trade’s 2008 collection of unreleased Arthur Russell, Love Is Overtaking Me, and Virginia Astley‘s aptly ‘A Summer Long Since Passed’. Enjoy.