The Poetry Of Decay is a new 2LP+7″ vinyl set compiling recent music by Cindytalk.

Cindytalk is the principal recording outlet of Edinburgh’s Gordon Sharp. The original band formed out of the ashes of new wave punk outfit The Freeze, and consisted of Sharp (vocals) and David Clancy (guitar/keyboards). Their debut album, Camouflage Heart, was released in 1982, and combined Sharp’s heart-rending, gothic-hued vocals with distressed industrial noise. Following his collaboration with Cocteau Twins on a Peel session, Sharp was invited by 4AD’s Ivo Watts-Russell to contribute to his star-studded dream-pop project, This Mortal Coil; he appeared on TMC’s debut EP Sixteen Days/Gathering Dust (1983) and album It’ll End In Tears (1984).

Clancy left the group shortly after the release of Camouflage Heart, replaced with sibling multi-instrumentalists Alex and Debbie Wright. The work of this trio leaned more towards ambient music, with piano rather than Sharp’s voice taking centre-stage on 1988’s In This World; The Wind Is Strong…, released in 1990, was a score for Ivan Unwin’s art film Eclipse: An Amateur Enthusiast’s Guide to Virus Deployment.

Cindytalk continued to release albums throughout the first half of the 90s, but the tail-end of the decade found Sharp concentrating on his electronic side-project, Bambule, inspired by the underground techno parties that he was frequenting at the time. Following several years’ immersion in this world, Sharp decided to revive Cindytalk in 2003, bringing the technological know-how learned during his soundsystem tenure to bear on the project.

In 2009, Editions Mego – the Vienna-based label that has provided a home for the likes of Fennesz, Russell Haswell, Florian Hecker and more recently Emeralds and Oneohtrix Point Never – released a Cindytalk album entitled The Crackle Of My Soul. Since then, the Mego/Cindytalk relationship has solidified, yielding a 10″ split single (with Robert Hampson) and another album, Up Here In The Clouds, released earlier this year.

The Poetry Of Decay, out via Mego on November 1, compiles Up Here In The Clouds and The Crackle Of My Soul, and represents the first time that either album has appeared on vinyl.  The bonus 7” features two tracks, ‘Transgender Warrior’ and ‘Guts Of London’, originally released by Klanggalerie in 2003. 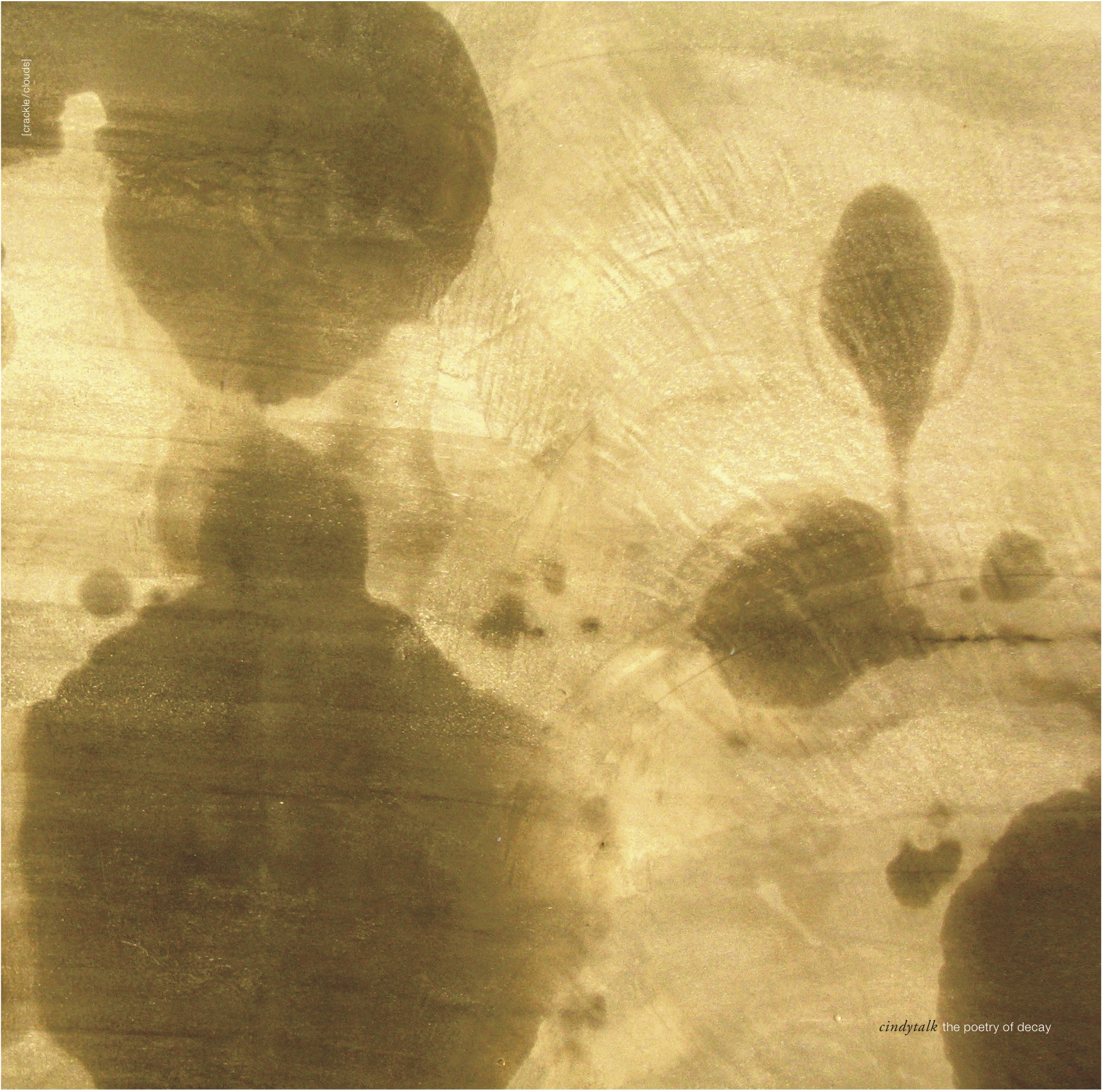 those that fall
signalling through the flames
of ghosts and buildings
maglev
troubled aria
our shadow, remembered

those that fly
feathers burn
one hundred years tomorrow
if we meet, we meet in silence
debris of a smile

those that live
transgender warrior

those that die
guts of london