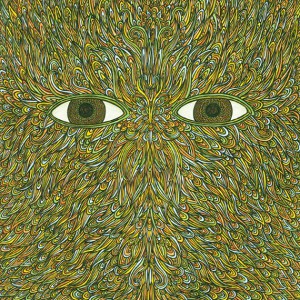 More and more, uneasy links have started to appear between the Brainfeeder school of hip-hop and that turn of the noughties wave of indie rap. That’s not to say that Anticon, Prefuse et al didn’t make some very good music in their day, but half the reason what Flying Lotus and his peers were doing in 2007 and 2008 was fresh was because of how rough, untempered and unprecedented it seemed. It was more Dilla than Daedelus, and although Pattern + Grid World doesn’t see Flying Lotus fully submerge himself into the latter camp, it does find him at his most self-consciously “weird”, and it’s worse off for it.

At its best, you could call ‘Kill Your Co-Workers’ a childish, dream-like appropriation of juke, but in truth, with its 8-bit synths that seem emotionally tailored to a cynically clinical level, it sounds more like indie-tronica footnote Casiotone for the Painfully Alone. Like Lotus’s last album, Cosmogramma, tracks here roll seamlessly into each other, and ‘PieFace’ follows, a suffocated track with the grid filled to the point where all groove or bump’s lost.

Pattern + Grid World ups the quality with its fourth track, ‘Time Vampires’, which is as spacious and deranged as Lotus’s best work, devilish flutes dancing around falling ket drips, while ‘Jurassic Motion/M Theory’ shows how evocative he can be with the shapes and colour of his production, drums sinking into primordial mud while woolly mammoths swagger by. This is the thing, generally Pattern + Grid World is good, but when it’s not, it’s full of warning signs that seem to have been coming for a while. Let’s call them failed experiments; Lotus has done more than enough good work in his time to have a little faith.