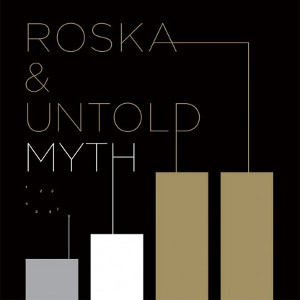 It can be hard to pull off a convincing collaboration in dance music. It’s often inevitable that that the style of one artist will overshadow the other; that or you simply end up with an awkward call and response between the recognisable motifs of the artists involved. Part of me wonders if they should be kept anonymous and branded under a different name, allowing the listener to detach themselves from preconceived ideas they might have from the artists’ solo work, but maybe that’s just me.

Thankfully, Untold and Roska have not only managed to strike a healthy balance between their individual sound worlds, but at the same time have achieved a distinctive sound that’s the collaboration’s own. It’s evident right from the start of ‘Myth’, which dangles tantalising threads of each producer’s musical language in front of us, cycling round a soca-driven house beat until a distinctively resonant Untold bassline makes its entrance, rolling through various permutations and restatements. ‘Long Range’, this single’s B-side, is just as striking as ‘Myth’, and judged as a straight-up dance floor, maybe even more effective.

One of the final instructions Mary Anne Hobbs gave over the airways on her Radio 1 show was to “watch every move these two men make” (while introducing ‘Myth’). It’s impossible not to see the impact that both Roska and Untold have had on dance music in the last couple of years, and this release affirms their influence more than ever.