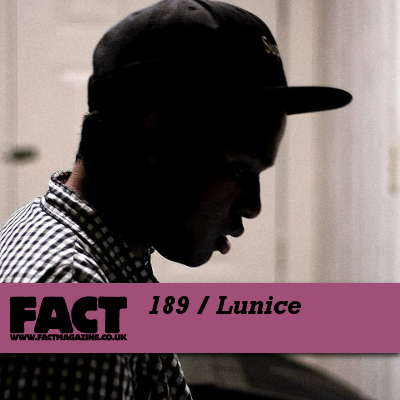 We first experienced Lunice at Sonar 2010, filling in for Mike Slott on the LuckyMe stage, and he tore the festival’s roof off with a live hip-hop and R’n’B set, cutting up plenty of his own edits and remixes and ramping up the crowd MCing and dancing. Brought up a b-boy, Lunice recognises that if you’re going to play live from a laptop you need to bring some personality to the table, and he’s packed with it – a total showman who works the shit out of his midi controller, we can’t emphasise how badly you need to see this guy live. For a taste of what to expect, check this footage of him live in his hometown.

He’s already dropped remixes of the xx, Deerhunter (with Diplo), Diamond K and more; this November he’ll be releasing Stacker Upper, his six-track debut for Glasgow’s LuckyMe. By that time the world will be all over this guy, so download his FACT mix, which slowly builds from UK territory to an onslaught of hip-hop, accumulating in a live blend of Cassie’s ‘Me & U’ with a Krystal Klear instrumental that’d move men to tears.

Turn to page two for an interview with Lunice. 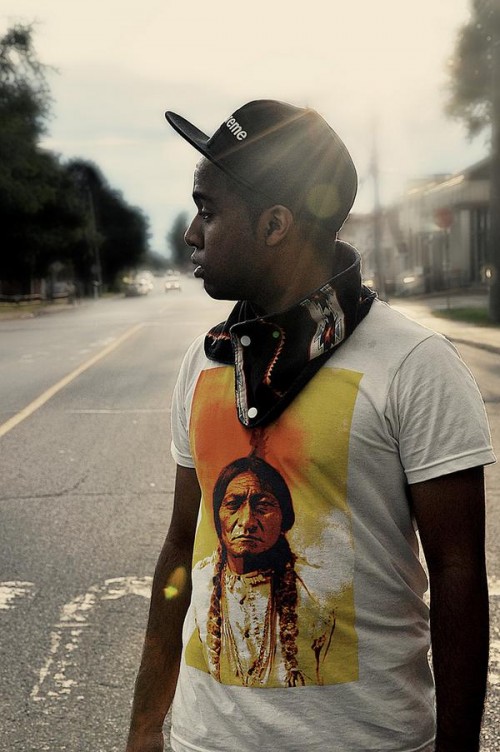 You’re from a b-boy background, which you obviously use to your advantage in your live shows – do you still work on routines, or has it taken a bit of a backseat now?

“I never had a routine ready per say. Everything you see me do is mainly all just improvised club dance moves. And a message to all b-boys and b-girls: breakdancing in the middle of the club is dead and a bad idea [laughs] I’m a b-boy, I know… But yeah, I’ve been experiementing with my dancing in the same way I experiment when working on music and I’ve been coming up with some interesting things!”

You try rapping much, or was it a straight to production thing with you?

“Man I wish I could rap so bad you don’t even know [laughs]. Straight to production coming from a beat-boxing perspective. Other than that, rapping is a no go for me with the exception of a few alcoholic breverages then I can “Based Freestyle” [laughs]”

When you started producing – what sort of guys were inspiring you, and what sort of music were you making? Was it more straight hip-hop then, or were you already listening to the more “experimental” guys you’re associated with now?

“I wasn’t too much into producing straight hip- hop beats. I was more into producing a lot of jazz rap beats with a lot of bossa nova influences in it like the sound providers. Then later I started to go in a different directions in search for a certain sound so i started to experiment a lot. And that’s when I found out about Rustie, Hudson Mohawke and Mike Slott.”

You’ve got your LuckyMe EP coming out soon, but there’s a ton of other projects you seem to be working on right now – tell us about them.

“I’m working on a few collaborations at the moment. First one is 00genesis from DC – such a talented dude – and the other is this bossa nova jazz collaboration with this amazing artist from Brazil called Gabriel Nascimbeni, he was an RBMA participant in the same term as I. I’ve recently finished a soundtrack for this dope dancer called Mike Song from the crew Kaba Modern (America’s Best Dance Crew) he’s working on a choreography for a commercial. Hopefully might get something going with Theophilus London. Also in the talks of doing a remix for Kele from Bloc Party and I got other names but I shouldn’t mention until the project is set and official. And I’ve been talking with Ruckazoid in having him remix one of my singles on the EP and possibly collabing in the near future.”

You did a live soundtrack for a street dance show, Blaze, how did that end up? Did you use your own material, write new stuff for it, or just pick bits from everywhere?

“It turned out to be such an amazing show! I wrote the original soundtrack for one of the pieces of the show. It was a pretty stressful project to work on but it was all good stress and I had the best time working on something completely different. So this enabled me to push myself and my sound in a more theatrical direction and the turnout was way better than I expected [laughs] Its probably one of works that I’m the most proud of.”

“Alright. So my main thing right now is that I want to try to bridge the commercial world with the underground “backpacker” sub-culture world of hip hop music. Because I was once the anti-commercial rap music dude in my highschool days but now I find myself fully loving what Soulja Boy and those guys are putting out these days. So this mix is mainly a mix up of various tunes that all have that same common feeling of a good song. While making sure that it’s all danceable.”

“So I’m not the only one… It seems to be the same for the whole LuckyMe fam, the whole label started out as full on underground hip-hop backpacker label but now we love Drake, Trey Songz, Soulja Boy, Gucci Mane and them dudes [laughs].”