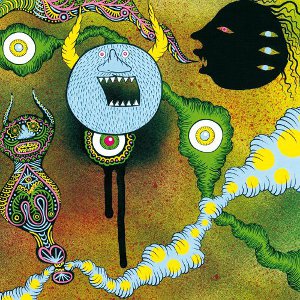 Nowhere are the twists and turns of the UK’s post-dubstep dance landscape more audible than in the output of the psychedelically-daubed Blunted Robots label. Presided over by Shortstuff and Brackles, in cahoots with the latter’s younger sibling Martin Kemp, the trio are doing as much as anyone right now to push 2-step in fresh new directions.

Shortstuff’s biggest release to date, a series of three 10” singles on Ramp collectively titled Summer of Shortstuff, exists in a space between grime, funky and tropicalia, recorded over a twelve month period. Resplendent with bass, sunshine and a dizzy amalgamation of different rhythms, if this release is any indication of the summer Shortstuff’s just had, then it’s been one packed with LSD and rum punch.

‘Herbface’ conjures up images of a red-eyed stoner stumbling through a steel band while ‘See Ya’ skitters and jitters through enough bass drops and bleeps to keep the tweeter working overtime. ‘Swine Time’, written while its creator was suffering from swine flu, is like a lean, electronic take on calypso beamed straight from the new Tron flick. Elsewhere ‘Tweak’ stretches what sounds like a classic Hacienda house sample across a wired-up beat, and encapsulates the sense of surprise and idiosyncratic fun that permeates this release; a single series that’s as fun as it is challenging, and doesn’t rely on bass bin wobbles to get its kicks.