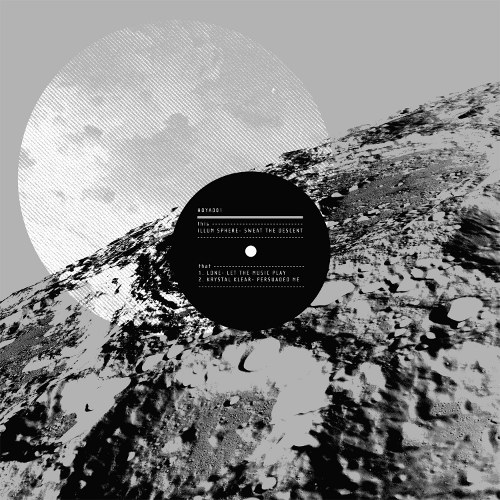 Manchester clubnight Hoya:Hoya has launched a record label of the same name.

Helmed by Illum Sphere and Jonny Dub, the clubnight has moved from a low-key irregular session to a increasingly relevant fixture, with Kode9, Mark Pritchard and Martyn – who also signed Illum Sphere for a 12” on his own 3024 label – among past guests. Zed Bias even picked them out as ones to watch in our recent in-depth interview.

The label’s first release is a three-way split between Illum Sphere and new Hoya:Hoya residents Krystal Klear and Lone. Illum Sphere explained over email to us that “the label has been a dream of mine since I was younger. I always wanted to have my own imprint. I think with Hoya running, it made more sense to do it in conjunction with the night and showcase music by new artists as well as more established ones.

“The only rule is that the artists who release on the label have to have played the night. So if you look at the past guests then you’ll get an idea of who might feature. However, we might break this rule further down the line to license and reissue some of the rarer older music we play at the night … the first few 12”s will be three or four tracks, then in the new year we’re lining up some more solo releases, EPs and albums.

And the club night? “ Hoya has just gone fortnightly, and Lone, Krystal Klear, Jon K and Eclair Fifi have been added to the residents squad. We wanted to keep it strictly Manchester based people, but bent the rules a bit for Eclair Fifi, just cos she’s one of our favourite DJs.”

Hoya 001 is out on November 1, and features the following tracks:

A1. Illum Sphere – Sweat the Descent
B1. Lone – Let the Music Play
B2. Krystal Klear – Persuaded Me