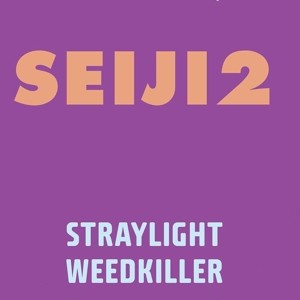 Two years on from UK Funky’s breakout summer, the sound is closer to big room house than it ever has been. It’s always been a scene that took tracks from outside its sphere and made them anthems within it – but where as in late 2008, those were tracks by Masters at Work and DJ Gregory, in 2010 you’re more likely to hear Dennis Ferrer or ‘Pon de Floor’.

As far as stylistic shifts go, it’s hardly a seismic one, but there is a danger of certain sections of the UK house scene losing their uniqueness and identity in the next year; falling in line with the wider European house market the same way large sections of the UK hip-hop scene had become content to ape their American counterparts before, you know, grime happened and saved the day.

Veteran Seiji’s ‘Weedkiller’ though, gets UK Funky so right, nailing that perfect balance between big room house and the cheeky idiosyncrasies of producers like Funkystepz; an irresistibly squelchy bassline bounding down a hill, dripping tar with every bounce, while a wired, plastic synth line gives equal props to Kenny Dope and DVA. Then at around a minute in, these rumbling drums emerge – drums that sound like they were mic’ed in a cave. They’re only fleeting, and they drop in and out throughout the track’s course, but they’re the icing on the cake here, on one of Seiji’s best cuts since his recent return.