Trouble Vision celebrates its 2nd birthday at Corsica Studios in London with not one, not two, but three legends of UK dance music.

Headlining the party on Friday 22 October t is Zinc (pictured), whose anthemic work in jungle and UKG/breakstep has long been part of this country’s soundsystem folklore. More recently he’s been developing his own tough, swinging take on house music, both through his own solo tracks and productions for Ms Dynamite.

MJ Cole and Zed Bias will play a b2b “history of garage” set – yes, that’s right, two mavericks who helped define and evolve the genre taking you on a journey through their vaults. Unmissable, really.

On a moodier tip, Scuba it set to fly in from Berlin to spin a selection of techno-influenced dubstep and dubstep-influenced techno, while Young Turks’ masked marauder SBTRKT, FACT-approved bruk-house master Altered Natives, Sigha and Sampha offer support.

Trouble Vision’s motley array of residents – including Boogaloo Crew, Hesseltime, Hylu & Jago and Park Ranger – bring up the rear, and there will also be a Silent Disco featuring The Wolf Soundsystem and others. 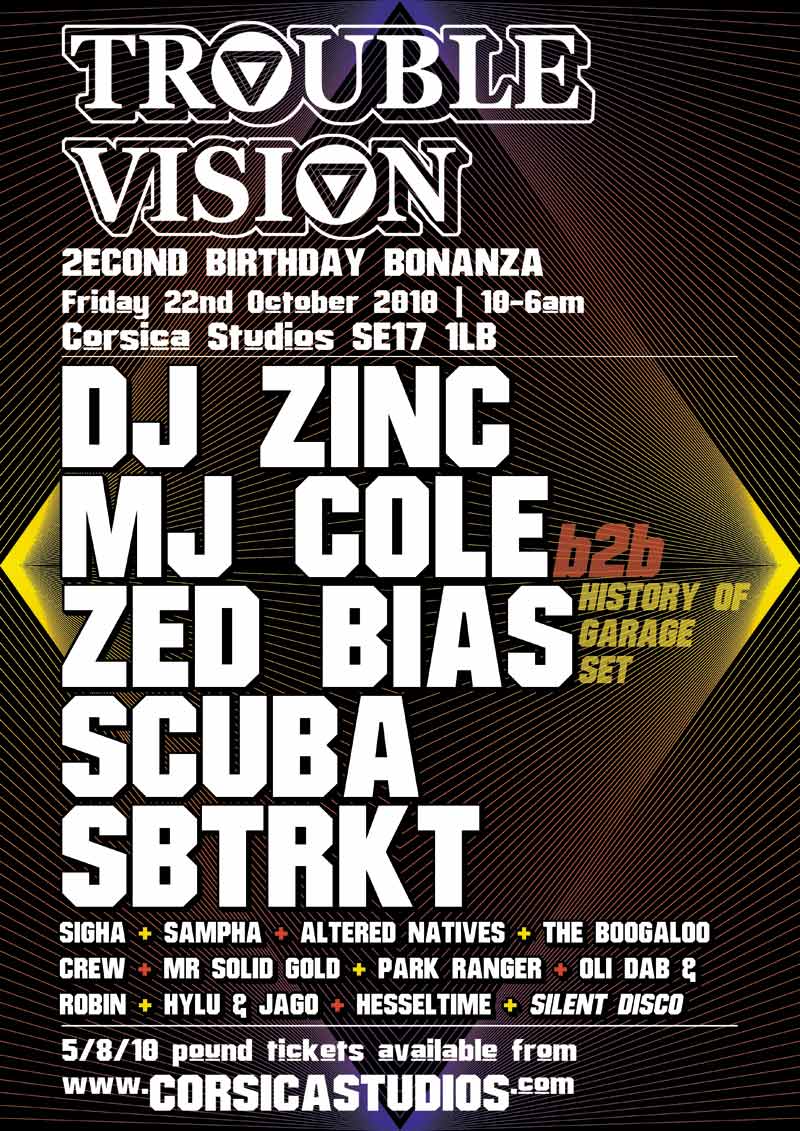