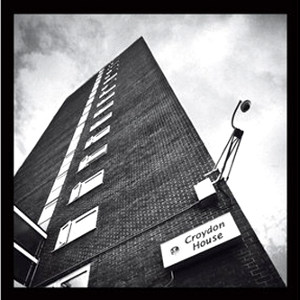 Pinch is a pretty unassailable character. Intelligent, gifted and unprepossessing, he’s been instrumental in the evolution of dubstep, and via his Tectonic label he’s helped nurture some of the scene’s brightest talent. But what of his own career as a producer?

It’s five years since his debut, ‘War Dub’ / ‘Alien Tongue’ and four since his breakthrough with ur-wobbler ‘Punisher’ and the still staggering ‘Qawwali’. In 2007 came Underwater Dancehall, a kaleidoscopic, near-perfect dubstep album released when most of the wider world had yet to even acknowledge the genre’s existence.

Though many would disagree, for me the productions Pinch has issued since Underwater Dancehall have represented a step backward; at the very least, they’ve lacked that album’s imagination and ambition. Tracks like ‘Jellybean’ and ‘The Boxer’ are formidable DJ weapons, sure, but for all their exquisitely engineered soundboy steeliness, they’ve offered little in the way of surprises.

All of which makes the arrival of ‘Croydon House’ a real event. It’s the sound of a producer shedding his shackles, and roaming free. Signed to Loefah’s Swamp81 – arguably the most unpretentiously progressive UK dance label around right now – it’s built at a solid house tempo, but comes over like more sophisticated take on early noughties grime, driven by rude, rolling sub-low bass and crisp, almost punitive snap-claps. But it’s the extraneous features that make it all the more unusual and absorbing: dense clouds of static and reverb that bring to mind the stark white horizons of Thomas Koner and Echospace, tightly coiled congas that recall Loefah’s own early work on DMZ. The base rhythm itself summons the knotty flow of Horsepower Productions’ To The Rescue.

Believe the hype: ‘Croydon House’ is one of the year’s best singles. It’s also a timely reminder of the immense talent that Pinch possesses; we can only hope that its impact in the clubs encourages him  to cut loose more often. For the past half-decade, he’s been one of Dubstep-with-a-capital-D’s most loyal and bullshit-free servants, commendably so – but he musn’t let that loyalty stifle his own creativity any longer.