Listen to the first instalment of FACT’s new radio show 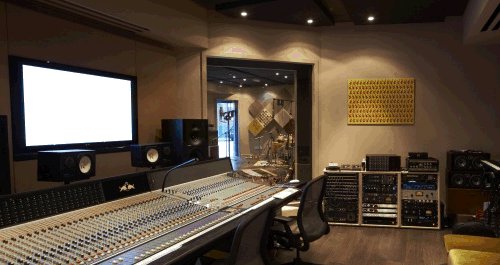 A couple of weeks back, FACT took to Red Bull’s London Bridge studios to record the first instalment of a new podcast series by FACT and Red Bull.

An aural extension of what you’ll find on FACT, it’s presented by Tom Lea and Tayo, and will feature interviews, musicians using the Red Bull studios for live sessions, mixes from other artists, and plenty of up-front music we’ve been featuring on the site.

For the first episode, Julio Bashmore and Hyetal, the Bristol musicians who collaborate as Velour and operate right at the vanguard of UK club music as individuals, spent the day in the studio for an interview, a journey through the genesis of their Velour project via YouTube clips, and a recording session – the results of which can be heard at the end of the show.

Manchester-based producer Fantastic Mr. Fox delivered a mini-mix of new material from himself, Pariah and more, and there’s music from the likes of Ikonika, Balam Acab, Jay Weed, Water Borders and Regis. There’s also a couple of slip-ups, but hey, it’s the first one. You can stream it below: