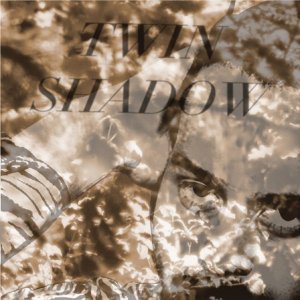 At certain moments, certain debut albums come along that capture exactly what you want to hear at that time. Think Unknown Pleasures, Maxinquaye, Moon Safari and Burial to name but four. Twin Shadow’s Forget is another in this illustrious line: a debut that brings, fully-formed, a major new musical talent to the world.

The songs of the Dominican Republic-born Twin Shadow (George Lewis Jr.) impressed Grizzly Bear’s Chris Taylor so much that he took co-production duties on the album and struck a deal to release it on his own Terrible Records in the US. Now the rest of us get to enjoy the fruits of months of writing and home recording in Lewis’s Brooklyn apartment.

It’s a brave artist who opens an album with a slow number, yet when it’s a song as good as the reflective ballad ‘Tyrant Destroyed’, that hardly seems to matter. Drums pound, synths weep and guitars scratch as Twin Shadow picks over the bones of a broken relationship. If his vocal on the opening track is muted, confessional, it only serves to increase the joie de vivre of ‘When we’re dancing’, where he shows off his remarkable falsetto for the first time. A light, lazy groove with hints of Orange Juice, Wild Beasts and Vampire Weekend, this track again features some brilliant arrangement touches (e.g. when the guitar comes in at the start of the second verse) that help turn a good song into a great one. The single ‘Slow’ follows, a vibrant mish-mash of influences – Haircut 100, Editors, The Smiths, LCD, Fripp, the drum pattern from ‘She’s Lost Control’ – being sucked into that black hole of a voice, crooning from another dimension.

The great thing about this album is that each highlight begets another highlight. No sooner have the starlit arpeggios that close “Slow’ faded from earshot than ‘Shooting Holes’ kicks in, a spacious, funky alt-rock groove. Disco, but with the top down and David Lynch sitting in the back seat. ‘At My Heels’ reminds me of something from Bowie’s Let’s Dance album in its feel good orientalism (and guitar solo), an amazing, uplifting chorus and a breakdown vaguely reminiscent of Hot Chip’s ‘Boy from School’.

‘Yellow Balloon’ successfully marries two styles from the 1980s that never so much as shook hands at the time: An Oberheim DMX electro drum pattern with the airbrushed gloss of FM radio AOR. The lyrics speak of “secret handshakes” and the whole has the same vague sense of “something wrong in paradise” as the best latterday film noir (Chinatown, L.A. Confidential). ‘Tether Beat’ starts out like something from Bjork’s Homogenic before the crunchy, frosty rhythm mutates into an African boogie, albeit one that seems as much Toto as Tony Allen. And while the chorus draws on ’80s soft rock band Berlin, the coda has more in common with the avant-garde ’80s West Berlin sound of say Einsturzende Nebauten.

The sparse, accusatory ‘Castles in the Snow’ makes great use of space around a heavy, heavy synth line and Chris Isaak-style vocals. A brilliant arrangement of a memorable song. ‘For Now’ returns Twin Shadow to dancefloor territory, his voice once again sounding a little Wild Beast-y as another captivating melody takes hold. Production highlights include some unexpected percussion before the first chorus and a fantastic radio-friendly heavy metal solo.

Forget is an album that wears its ’80s influences on its sleeves, without being defined by them. Nothing illustrates this better than ‘I Can’t Wait’ which veers dangerously into Don Henley ‘Boys of Summer’ territory (with a passing nod to Peter Gabriel’s So) yet sounds totally fresh and of the moment. It helps when an intense burst of indie clang is thrown into the mix as yin to the yang of the slow, dreamy fade. Shadows and light.

The record closes with the title track, another ballad, and perhaps the finest of an album full of fine vocal performances. Shattering drums, crunchy bass, chiming keyboards and aquatic guitars underscore a remarkably assured finale to an album of rare poise and grace, and one of the year’s most brilliant debut records.