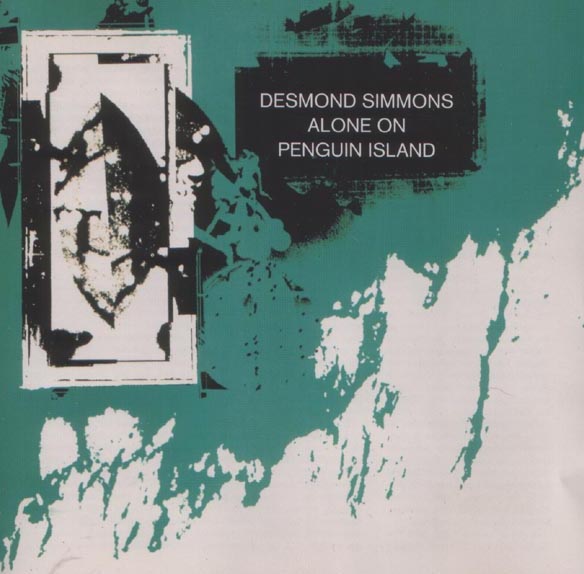 An avant-pop classic, Penguin Island was originally released on Wire’s Dome label via Rough Trade Distribution. There was a subsequent reissue from WMO, but the album has been out of print for several years, and it is criminally little-known today.

Though not a member of Wire, Simmons career was very much bound up with that of the post-punk legends. Colin Newman and Simmons formed their band, Tyres, when they were 15, and later, in 1979m Simmons founded Amorphons, recording demos with Wire collaborator Nick Garvey. He went on to play a key role in the development of Newman’s first solo album, A-Z, and worked on two tracks which found their way onto Wire’s magisterial 154 LP.

Having played a number of live dates as part of Newman’s band Soft Option, Simmons set about recording Penguin Island, with DOME – Wire’s Bruce Gilbert and Graham Lewis – acting as producers. “Living in Brixton at the time,” Simmons recalls, “The atmosphere was growing increasingly tense and it was perhaps not an auspicious time to be trying to make a statement in vinyl.”

“Eric Radcliffe and John Fryer (engineer and assistant engineer respectively) found themselves acting as brokers between my intention for the album to build on the music and demos I had already created and DOME’s desire to strip the material down to its essential building blocks. Many arguments, sulks and silences later we had seven tracks recorded. Not enough for an album and I admit at this point I had become so disenfranchised with the production process I seriously contemplated walking away from the whole thing. However, I worked on with the producers and an increasingly enthusiastic John Fryer for a further two days to wrap up the recording.”

“Despite everything, the affinity I had with the core material that went into the album remains strong, even if the final rendition in vinyl did not necessarily live up to my original aspirations. Although very much of its time, there has been an increasing interest on the web and with support from Colin Newman the time seems right to revisit the original songs and also introduce new material.”