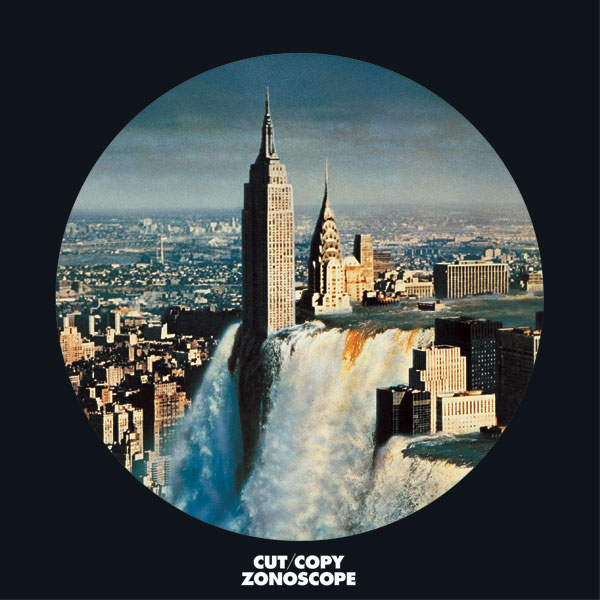 As previously reported, Cut Copy will deliver their third studio album in early 2011.

This week the Australian trio revealed the LP’s cover art (by Japanese photo montage artist Tsunehisa Kimura) and its title, Zonoscope, and confirmed a release date of February 8. It’s the follow-up to their 2008 sleeper hit In Ghost Colours.

“We certainly are using all sorts of electronic instruments, more synthesizers, computers, all of that,” the band’s Tim Hoey told SPIN this week, “But contrasted with more organic sounds, more organic percussion. Since [Cut Copy singer] Dan [Whitford] came across the image a few months ago, he’s stuck with it, and thought that it summed up what we wanted to get across.”

You can read the full interview with Tim Hoey and check out new Cut Copy material in a video here.