Games: That We Can Play 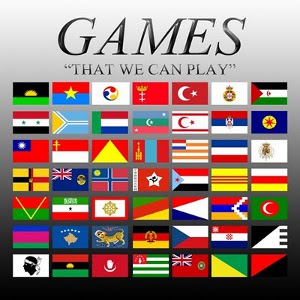 Available on: Hippos in Tanks EP

It’s been a fascinating process watching the growth of Daniel Lopatin & Joel Ford’s band Games over the last eight months, from the creation of their blog, to their well-receiveddebut single ‘Everything Is Working’, through to this fine EP. Both of the musicians’ projects, as Oneohtrix Point Never and member of Tigercity respectively, have drawn major influence from the ‘80s and this ongoing collaboration is no different. What does makes it different, however, is the particular scope of influence they have drawn upon; Games’ reference is squarely the peak-budget, studio-housed, team-built power-pop that defined the music industry as a devouring, ivory-towered monstrosity more than ever before.

The results, however, are predictably brilliant. Tackling a decade’s worth of music is a huge task, but Lopatin and Ford, having spent a large portion of their youth as friends jamming on synths and wigging out to prog-anything, have no trouble in locking down references sonically and stylistically. Everything is present and correct: rubber basslines, sawtooth strings, keytar wailings, arpeggiators, FM flutes, crystal pads, power drums, the lot. However, what makes the results more than mere referencing, and what gives That We Can Play its character, is the way the songs are all slightly unfamiliar.

The difference is partly in studio and mixing technique, partly from the generational difference in songwriting approach, partly the combined characters of the two men at work. The results are referential, but never reverential, and quite explorative, everything being bent and shaped and snapped subtly. ‘Strawberry Skies’, for instance, is their contribution to history’s vocal pop canon, featuring Laurel Halo’s dreamy singing over synth panpipes and marimbas, a bouncing boogie bass and stomping disco drums underpinning it all. The song is solidly constructed, but the vocal is saturated with reverb throughout, reminiscent of OPN’s cloud-like textures, pointing the song in an unexpected direction.

Flowing neatly with this approach, ‘MIDI Drift’ bleeds pitch-bent keytar and squarewave melodies all over a stereotypical pulsing Italo bassline. Sliding in and out of tune on all layers, the timbral palette of the track is perfectly balanced and romantic. ‘Shadows In Bloom’ is another example of the pair’s ability to construct a supercharged pop atmosphere, this time a neck-snapping power ballad, with violent bass phrases, cavernous snares and snippets of a frontman’s crooning melancholy in a bed of harsh synth harmony.

Elsewhere, two tracks on the EP are dedicated to remixes. Gatekeeper’s remix of ‘Strawberry Skies’ ups the ‘80s ante and slows the pace with their trademark industrial sex club character (sampling Boards of Canada in the process), the result sounding far more like a real computer game than any of the UK club tracks currently referencing them. The other remix is a lush affair by Games themselves for CFCF’s track ‘It Was Never Meant To Be’, all chopped DX7 pads and afro-new age staccato melodies.

However, it is third track ‘Planet Party’ that is possibly the strongest offering on the release, largely due to its enigmatic approach in content. Again there is recognisable instrumentation and stylised phrasing that would make a Gillette advert blush through its wailing guitar synths, fist-pumping bass and scattergun freestyle drums. Indeed, the fairly recent addition of a video to ‘Planet Party’ takes this experience and creates an 80s gesamtkustwerk of epic proportions, its visuals rapidly progressing through the gears of such an intense cultural-reference orgasm that it could only realistically end by flying in to space. So it does.

But the interaction of ‘Planet Party’’s content is actually quite obtuse; the guitar synth replaces a typical vocal line, vocal samples are treated like a horn section, providing counter melodies where appropriate, and the whole song is occasionally rocked by sudden, surprisingly violent orchestral stabs. Structurally, the song is enigmatic, lurching in antiphonal blocks, with a similar amount of content in each. The result is an amazing musical car crash, crammed into just under three minutes and begging for repeated listens.

This engrossing confusion is arguably where Games’ strength lies, rather than merely their near-mastery of period-based recreation and the ability to have un-ironic fun with it. That We Can Play therefore resides in a both unsettled and unsettling state, with hints of something very strong and unique perhaps being tied down by exploring more recognisable formats. However, with at least two of the tracks on here over a year old, their debut album currently under construction in ‘80s pioneer Jan Hammer’s legendary studio, and recent remixes showing even more facets to their style, it is an exciting prospect to see what comes next and how far it will have developed. In the mean time, this is a release you should not hesitate to get hold of.