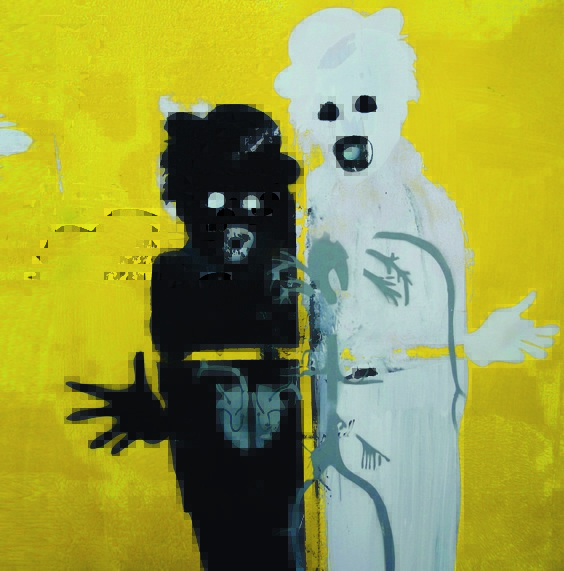 Only 1000 copies are available of the record, which is an individually numbered art and vinyl edition crafted by The Vinyl Factory in collaboration with Robert ‘3D’ Del Naja. It features three new tracks – a remix of ‘Red Light’ by Warp-signed Clark, and remixes of ‘Atlas Air’ by Shape Of Broad Minds’ Jneio Jarel and ex-DFA man Tim Goldsworthy, who also contributed to the production of recent Massive album Heligoland.

The vinyl is a 180g heavyweight affair, pressed on the legendary EMI 1400, with laser-etched labels on both sides. It’s housed in a screen-printed yellow fluoro and glitter covered sleeve featuring a painting, Minstrels, by Del Naja.