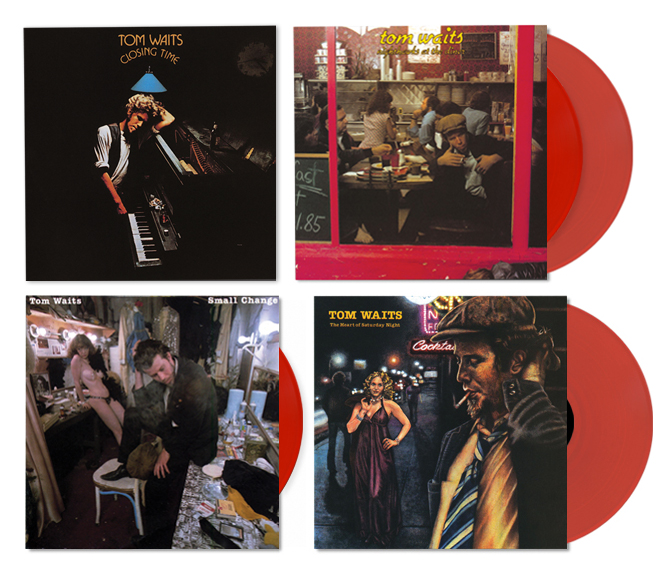 The first four albums by Tom Waits are being reissued on heavyweight vinyl .

Rhino/Warner have produced 180g editions of Closing Time (1973), The Heart Of Saturday Night (1974), Nighthawks At The Diner (1975) and Small Change (1976), all packaged with their original artwork. The first 1000 of copies of each release will be pressed on red vinyl and are already available to order from the official Tom Waits web store.

Though these first four records, originally released on Asylum, lack some of the unhinged musical and lyrical ambition of later Waits work, there’s no disputing their classic status. Small Change in particular is a boozy masterpiece, Waits’ noir tales of life in the gutter combining dark humour, whisky-drowned nihilism and bug-eyed romanticism with a flair and a fervour that no one, for our money, has ever matched.

The general release date for the four reissues is December 21. More info here.