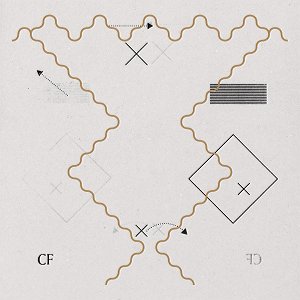 Allegedly based on Werner Herzog’s Fitzcarraldo, a film which came out at least 5 years before Michael Silver was born, The River EP finds Silver’s CFCF moniker leaving his comfort zone, the safety of the melodramatic pop bedroom producer, for more dangerous territory.  Movies like Fitzcarraldo and Mosquito Coast seem to always come around to similar morals: always beware academic (white) men who go out on culturally touristic crusades.  That’s how imperialism got started anyway.  In this album, it seems like CFCF is treading carefully and tastefully, never going for straight appropriation. These grooves all feel unique. The ideas for instrumentation and tone might have been borrowed from other sources, but it never feels too theme-y.

CFCF established himself through mining our pop culture collective conscious on Continent, re-imagining Alan Parsons or Arthur Russell and remixing FM classics like ‘Midas Touch’.  You could definitely tell that this is a guy who likes a good pop hook; when Junior Boys gave him the re-rub treatment on a CFCF remix album, it seemed like a dream-pop dream pairing.

However, The River finds our hero marooned somewhere that is rural, tribal, a place where benevolent polyrhythms share space with civilized instruments like synths and drum machines.  The album’s first two tracks casually build towards something, they noodle and meander without any vocals leading the charge. ‘Upon the Hill’ finally reveals the human voice, in the form of an abstract backing vocal choir over super languid acoustic guitar strumming, a groove that is vaguely spiritual but also dusty-leather-rock-friendly as layers and layers of guitars leapfrog over each other, snares finally arriving, not just hinting at, but screaming at us that we’re marching somewhere.

‘Frozen Forest’ is clearly the standout track, the combination of all of the things I like about CFCF. Its mid-tempo groove is hypnotic syrup. The bassline is robust and has teeth, without it being too macho about it. Those delicate synths. The shakers. Balearia that is always walking the line or earnest and corny (i.e. the way it should be). Whatever the journey was about, this track is the MacGuffin.  The final two tracks wind us down either the way we came or as some sort of conduit, some bridge to the next release. Rolling down some South American hill.

There is absolutely nothing suited for the club on the release proper. The bonus remixes by Games, Jacques Renault, and Coyote are club-friendly, but still somehow worthwhile for the bedroom.  Games’ take on ‘It Was Never Meant to Be This Way’ could very well be a Presets B-Side. Jacques Renault does a lot of things, but his remixes (Midnight Magic, The Phenomenal Handclap Band) have been his strongest suit. His version of ‘Frozen Forest’ is an eight minute bridge track, one that constantly inches us higher, without exploding, a twisted, dizzying affair.  The gold star, though, goes to Coyote’s remix of ‘Frozen Forest’. Coyote’s Timm Sure and Ampo are a perfect companion to CFCF, creating a bittersweet, oft-melancholic, blissed out gorgeosity. You know, what everyone is looking for when they go on adventures.