The Fun Years return with God was like, no

The Fun Years‘ new album, God was like, no, is out this month.

Officially scheduled for November 16, the record is already on sale at several retailers. It’s Isaac Sparks and Ben Recht’s eighth album, if you include their early self-released CD-Rs, and their first to be released on vinyl as well as CD (the first 100 copies have been pressed on clear vinyl). The American duo enjoyed something of a breakthrough in 2008 with Baby, It’s Cold Inside, which like the new album came courtesy of Barge Recordings and earned favourable comparisons to the likes of GAS, Fennesz and Labradford. As those comparisons suggest, The Fun Years deal in gauzy, glitchy post-rock, but with uncommon narrative drive and emotional heft.

Listen to clips of God was like, no here. 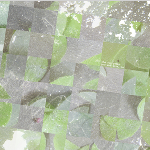 Tracklist:
A1. Breech On The Bowstring
A2. Division Of Labor (Tv Track)
A3. Makes Sense To Me
A4. Psychic Career
B1. Little Vapors
B2. And They Think My Name Is Dequan
B3. Get Out Of The Obese Crowd B4   Precious Persecution Complex