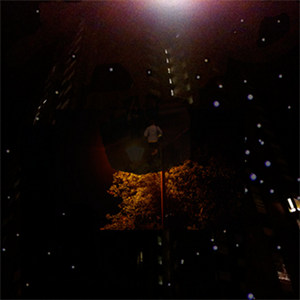 It’s hard to know what to think about Becoming Real’s new release. It’s an experiment with Wiley’s instantly recognisable eski-bass sound, vocalled by Trim, an MC who used to work regularly with Wiley.

Becoming Real’s past tracks, in contrast to this, have been striking in how unrecognisable they are. Harsh, clashing colours bleed into each other until new, strange shapes form from the chaos and catch your ear. Becoming Real also makes visual art under his real name, Toby Ridler, and the reference in his artist statement to “thing[s that] are momentarily recognisable but never fully exist on there own” is a pretty good summary of those memorable moments in his music; the highlights are fleeting moments of accessibility that emerge from disharmony.

If this is a Wiley tribute record, it’s a third generation one; the gasping exhalations of breath that punctuate ‘Like Me’ make the track sound more like Zomby’s use of Wiley’s trademarks than an original Wiley cut. It’s only when those quivering whispers emerge in its second half that ‘Like Me’ starts to sound like a Becoming Real record; the ghosts that lurk in all his music making themselves known. In his own words, the track isn’t “haunting in itself … more that it was being haunted.”

Regardless of its unoriginality though, the record sounds dope. Trim’s as unfazed as ever by the weirder side of grime production (“she said she had hayfever / so I made her smoke pollen”), but he’s still most memorable here when chopped up into a 160bpm marching song by DJ Rashad, who’s one of the kings at taking the best parts of songs and making them into their own epics.