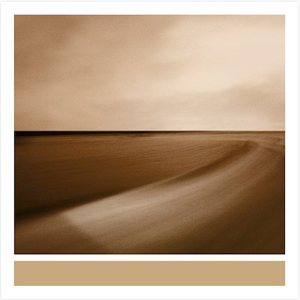 The much-anticipated return of Brian Eno – and on Warp Records to boot – sees the massively influential theorist, producer and sound painter working again with Leo Abrahams and Jon Hopkins, who previously featured on the Eno/David Byrne collaboration, Everything that Happens will Happen Today.

One could view Small Craft on a Milk Sea as the third of a “Back to my roots”/”Back to my heyday” trilogy from Eno – if Another Day on Earth was inspired by his classic song-based albums such as Here Come the Warm Jets, and Everything that Happens revisited the partnership that notably delivered My Life in the Bush of Ghosts, this new recording sees a return to similar musical terrain to that which Eno explored on studio albums in the late ’70s and early ’80s, specifically the Ambient series and Music for Films, and more recently in numerous site-specific installations such as Kite Stories and Compact Forest Proposal. This is music as perfume, as colour scheme, as (generative) process.

The Music for Films connection is quite explicit: the genesis of Small Craft was as (rejected) soundtrack music for Peter Jackson film The Lovely Bones. Additional tracks were then largely improvised or based around random chords played at arbitrary intervals with improvised electronics on top, all with a filmic aspect. The material was then sequenced and edited by Eno to create the feel of a unified work.

For me, the third of this (fictional) “Back to my Roots” trilogy is the strongest – instrumental music is what Eno does best. The treated piano sounds of the opening ‘Emerald and Lime’ will immediately put long-time fans in mind of his collaborations with Harold Budd. ‘Complex Heaven’ is another beautiful piece of stasis and unresolved, but not unpleasant tension; a meditation of plangent piano, picked guitar, synth washes and electronic insect communication.

Incorporating the same palette, the title track builds the tempo, before ‘Flint March’ opens a new “movement” (or scene in this imaginary movie) – the first of three consecutive tracks with beats, noisy guitars and a sense of menace. Uptight and heavily percussive, these pieces illustrate the earthy side of Eno’s oeuvre: ‘Horse’ hints at drum & bass, but wearing art-rock influences; ‘2 Forms of Anger’ contrasts a pummeling rhythm with an explosion of guitar-based rage. A reminder that this is the man who once produced No New York, as well as the more dainty works for which he is better known. Eno may be an egghead, but he knows what a scream sounds like.

‘Bone Jump’ begins a new phase of the album, sounding like a detective theme from another galaxy, some Andromedan cousin of Marvin Gaye’s ‘”T” Plays it Cool’. ‘Dust Shuffle’ runs with the interplanetary vibe all the way to a bar band playing Big Beat on a cruise around the moons of Saturn, while ‘Paleosonic’ is an optional trip to Hyperion’s surface to look for fossils – look, there’s the footprint of a 1970s rock dinosaur (genus: Prog), now rising excitement as we return to the mother ship.

‘Slow Ice, Old Moon’ brings the pace back down to glacial – dark ambient menace to rival the “music for shipwreckers” of On Land’s ‘Lizard Point’, while ‘Lesser Heaven’ is a counterpart to ‘Complex Heaven’, a shimmering, beatless beauty. ‘Calcium Needles’ is a wash of sound punctuated by chimes and muffled thuds – it’s less engaging than what’s come before, but with the volume turned low and something else on your mind, it’s perfectly fit for purpose. ‘Emerald and Stone’ returns to the Plateaux of Mirrors feel of the opening “Emerald and Lime’, with the addition of what sounds like processed geese or ducks. A little gem of a track. ‘Written, Forgotten’ adds the random element of distant voices to a soundscape of gentle guitar and synths, with a few bird calls at the close.

The album itself closes with the longest track, the near eight-minute long,’Late Anthropocene’. It’s one of the best pieces here, a petrified forest of subtle sonic signals, going nowhere slowly, yet packed with fascinating detail, like the very best ambient music should be.

Recommending music of this kind sometimes seems like a pointless task, not because it is not good, but because it exists either to set a mood or in reference to some (unseen) action. Even more so in Brian Eno’s case when he has produced so much of this ilk already. Yet, equally, the difference in quality between Eno’s instrumentals and most of the legions of musicians doing something similar – the landfill ambient and new age of the ’90s, for instance – is marked. In furniture music as in real furniture, beware of cheap imitations.