Key member of Wu Tang and special solo artist in his own right Ghostface Killah has announced full details of his new album.

Titled Apollo Kids, the same title as a song from his classic Supreme Clientele LP, it’s due out on December 14 through Def Jam, and weighs in at a lean 12 tracks long – though some reports include a 13th track, titled ‘How You Like Me Baby’ and featuring Fabolous [update: that seems to be an iTunes bonus track].

The sleeve art’s a bit less elaborate that what we’ve come to expect from Ghostface, but that comes with age we guess. 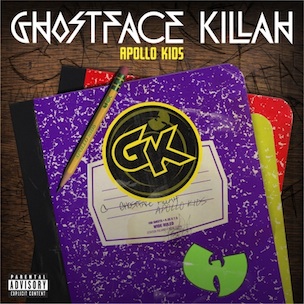