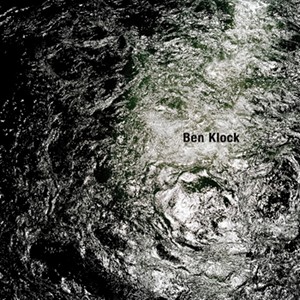 Ben Klock seems to be moving in all directions lately: after the shuddering mechanical techno of his 2009 debut album One, his remixes and releases have varied from primal banging (his remix of Martyn’s ‘Is This Insanity?’) to jacking pseudo-house (‘Under Pressure’ and his remix of Telefon Tel Aviv’s ‘Immolate Yourself’). It’s suitable that his latest EP for Ostgut-Ton – his first for the label since the One-associated releases last year – can’t quite decide what it wants to be.

‘Compression Session 1’ made a goopy splash on Klock’s excellent Berghain 04 mix CD, its mellifluous melodies shining through as if he’d just opened the blinds to gorgeous blue skies. It’s just as impressive stripped of context, if not more so: given time to fully develop, it reveals itself as an IDM-influenced anthem, slightly detuned melodies, bleeps, harshly filtered percussion and all. The suffocating swell of the bleeps is offset by the oddly relaxing keys that drape the track, so warm and gooey that the kick seems to get stuck and mired in them: the way it overwhelms the track as it punches through is even reminiscent of the overdriven hip-hop of producers like Lukid. Its counterpart buries the pretty sounds under layers of bedrock, giving full attention to the kick as feedback rings behind it. Klock keeps it from getting boring by letting snares ripple and ring out across the track, those familiar Berghain-associated sounds we’ve all become accustomed to by now.

Wedged between the two is the innocuous ‘Static Test’, which for better or for worse sounds like it was picked up and dusted off of the One cutting room floor.  It’s Klock at his Klockiest, implacable noises sliding into each other to form a throbbing but decisive rhythm. The rapidfire snares blur together to create something like, yes, static, but ‘Static Test’ feels regressive next to its imaginative neighbours. You can’t be on all the time though; 2/3 ain’t bad, and when you’re Ben Klock, even your leftovers can be worthwhile.