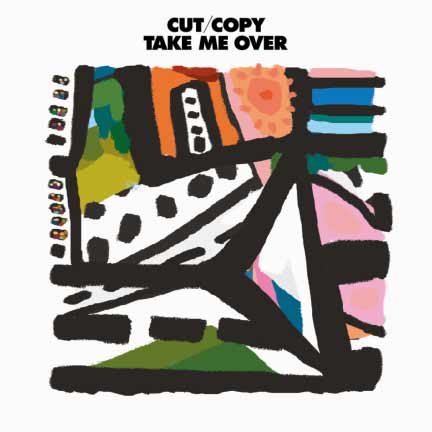 Cut Copy are heralding their forthcoming Zonoscope album with a new single, ‘Take Me Over’.

You can stream the radio edit of the track here. It’s available to buy as a download now and soon to be released on 12″ vinyl (cover art pictured above); there’s also a video directed by Kris Moyes on the way.

Furthermore, the band have just announced a number of European tour dates, with more expected to follow: