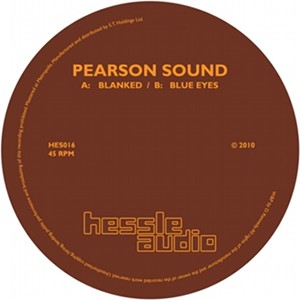 David Kennedy, the man behind the Pearson Sound and Ramadanman production personas, is having an incredible year. Most people have picked up on this by now.

One of the great things about Kennedy’s singles is the way they build on what’s come before, forming a slight narrative along the way. ‘Work Them’ took the booty-leaning drums of ‘Glut’ and made them the focus of the track, resulting in 130bpm quasi-footwork, and ‘Blanked’ feels like the accumulation of everything he’s done this year: a slow, slow build-up, stripped-back drums, a chopped up vocal and those chords – the same chords from the breakdowns in ‘Glut’ and ‘Work Them’ – at their most devastating. The secret weapon in Kennedy’s tracks this year has been his breakdowns, and this is the most brilliantly overblown one he’s done yet. Chuck up some Untold-style bass hits and you’re laughing.