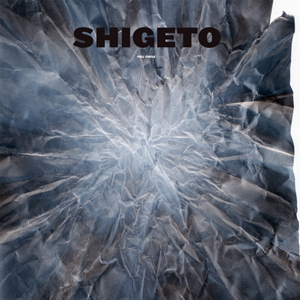 Closing the year on the beats/electronic hip-hop side of things is the debut album from Shigeto – the middle and artist name of Zachary Siganaw. Entitled Full Circle, it dropped on Ghostly earlier this month. All of which is apt for two main reasons: it was Ghostly who released Dabrye’s groundbreaking 1/3 and 2/3 LPs in the ’00s, both of which undeniably help set the new beat/hip-hop standard currently en vogue worldwide. And Shigeto hails from Ann Arbor – a town close to Detroit – as do Dabrye and more recently Samiyam (who went to high school with Zachary) and Charles Trees, further making the case for this Detroit neighbour having something in the water when it comes to modern hip-hop producers. If we look at it musically the case for Ann Arbor being to L.A what Bristol is to London is quite clear I think.

Full Circle also completes a busy year for Shigeto which saw him release two EPs in the run up to the album – the prequel Semi Circle and the free download What We Held Onto – alongside a string of killer remixes and unreleased beats – available mainly via his Soundcloud and labels like Non Projects. Oh and he’s been touring with School of Seven Bells too, for whom he drums. But more on that in a minute.

As with previous releases on labels like Moodgadget, the mood on Full Circle is dreamy and melancholic yet still inspiring. The music feels personal – no doubt a result of the family themes that run through this year’s two EPs – while still managing to be vivid and intense at times. It’s actually quite an appropriate winter album, one that rewards repeated headphone listens during long walks/cycle/public transport rides (choose the one that fits).

It’s also more of a departure from his previous work though it still makes sense within the framework of his growth as an artist. After all. “shigeto” can also mean “to grow bigger” in Japanese. There are elements of his previous work throughout this album, mostly in the vivid melodies and the last track ‘Look At All The Smiling Faces’.

Parallels with fellow beat and electronic luminaries could also easily be drawn. Listen closely tough and you’ll hear something that is Shigeto’s own, a sound crafted through years of work as a drummer and producer experimenting with the possibilities afforded by modern production methods and tools – the album features a lot of recorded sounds from the last four years. And it’s the drummer in him that no doubt informs one of the most fascinating elements of the album – its varied rhythms. Tracks like ‘Escape From The Incubator’ and ‘So So Lovely’ both feature amazing use of percussion over a solid rhythmic backbone lending the tracks an additional dimension that is often missing in a lot of instrumental hip hop. ‘Sky Of The Revolution’ blends Shigeto’s knack for irresistible rhythms with his aforementioned predilection for vivid and ethereal electronic music, the softly sung vocal hook in the second half of the track is particularly amazing. Then there is ‘Ann Arbor Part 2’, my favourite on the album alongside ‘Look At All The Smiling Faces’. A two part beat that starts and (almost) ends the album, it’s best described as a banger – plain and simple. You can hear the Ann Arbor hip-hop tradition in there, making it not just aptly titled but also a perfect addition to the canon of instrumental hip-hop productions that have come out of the city in the last decade.

Like Dabrye before him, Shigeto manages to make electronic music sound incredibly warm and organic and the whole ‘beats’ thing sound so much more than biting those that came before him – things that are too often missing from such releases recently. Part of this warmth also stems from Shigeto’s own past which seemingly informs the at times melancholic and personal feel of the album. Full Circle is as good a debut as you could hope for from a talented producer that is likely to continue to grow and impress.