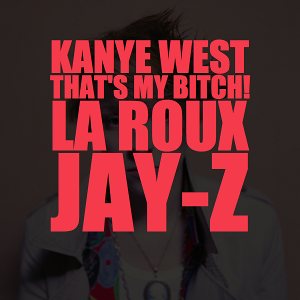 As FACT’s review pointed out, one of the reasons that Kanye West’s all-conquering recent album, My Beautiful Dark Twisted Fantasy, was so intriguing was the way it tilted on an axis between traditional cipher style rap and exercises in bigger-than-hip-hop pop music.

‘That’s my Bitch’ may have been an outtake from MBDTF, or it may be from Kanye’s forthcoming album with Jay-Z, Watch the Throne, we don’t know. Either way, it’s more on the traditional flex, with deliberately rickety production and Jay-Z rolling back the years, giving a quick performance reminiscent of his classic verse on Big L’s ‘Da Graveyard’. If it is an outtake, then good, because it would’ve felt a little out of place on MBDTF. It it’s from Watch the Throne, then it sounds like a healthy throwback record might be in store. Either way, shout to the A&R man.