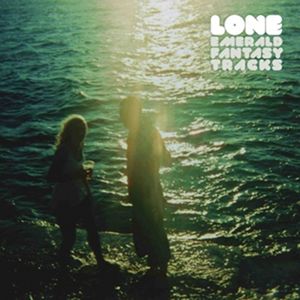 It’s been an interesting ride for Nottingham’s Matt Cutler, better known as dream-making producer Lone. He made his name with a sound rooted in downtempo hip-hop, but in the last year has shifted to something more palatable for other ears; namely house tempo music, showcased on two of this year’s better releases in singles ‘Pineapple Crush’ and ‘Once in a While’. But while the BPMs are up from previous Lone engagements, the mood and mystery behind the tracks remains the same; vibrant and utopian in a Sonic the Hedgehog kind of way. With 2010 coming to a close, Lone this week puts out the second release on his Magic Wire label, an eight-track “mini-album” that’s both blissful in its own right, and makes one look forward to what’s next on Lone’s schedule.

Opener ‘Cloud 909’ is like a boot-up to a classic Megadrive side-scroller, while ‘Aquamarine’ and ‘Moon Beam Harp’ show the attention that Cutler puts to his melodies and breakdowns, meticulously layering drum and keyboard patterns with near perfect results. ‘Ultramarine’ is a bit of a departure from the “Lone sound”; he lets the bass play the main part in the tune, really flexing his rhythmic muscles with the drum machines. With unique synth drops and energy emitting from every pore in the breakdown, it might be the best tune here.

‘Rissotowe_4’ and closer ‘The Birds Don’t Fly this High’ are two of the most intriguing tracks on the album, the former presenting an oriental take on Lone’s world with some lovely shamisen action, and the latter proving that Cutler’s new direction doesn’t restrict him from dropping the tempo. Not too fast, not too slow, it’s a perfect closer for Emerald Fantasy Tracks, solidifying 2010 as Lone’s most fruitful year to date. Let’s hope 2011 brings even more magic to our ears.