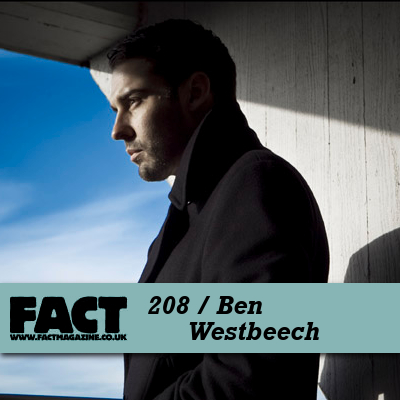 Bristol-bred but now based in East London, Westbeech is responsible for one of 2010’s most distinctive dancefloor tunes (featuring possibly the most menacing use of flutes ever), ‘Fatherless’, produced under his hard-bellied Breach alias, but he’s also a man with some serious pedigree behind him. He released his debut album, Welcome to the Best Years of Your Life, on Gilles Peterson’s Brownswood label, in 2007, and subsequently appeared live with Bjork and Paul McCartney.

His mix for FACT features Lee Jones, KiNK, Subculture, The Gap Band and more and arrives well-timed: Westbeech recently announced news of his collaboration-heavy second album, There’s More to Life than This, which is set for release in April 2011 through Strictly Rhythm and features work with Soul Clap, Henrick Schwarz, MJ Cole, Cosmin TRG, Motor City Drum Ensemble and more.