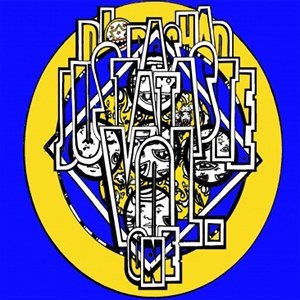 Although still a fairly alien sound in the UK, it is safe to say that juke has influenced some of the most interesting releases from British producers of the last year. To finish off 2010 and see in 2011, Chicago juke and ghettotech forerunner DJ Rashad drops Just A Taste, a ten-tracker that sees him mulling over more emotional territory.

The familiar juke trademarks of repeated vocal grabs, pitchshifted samples and room-pounding 808 drums are all present. However, strong soul songs are sampled throughout and left largely untouched beyond looping, in a move that will certainly distinguish these tracks in a mix. Gil Scott-Heron’s ‘Home Is Where The Hatred Is’ features prominently in ‘I’m Gone’, the entire chorus left intact, as is Bobby Caldwell’s ‘What You Won’t Do For Love’, providing the body for the dramatic standout ‘Ghetto Tekz Runnin It’.

Juke’s constant tensing and relaxing of metre throughout the album adds to the drama these samples give to the tracks, flipping between half time, double time and triplet breakdowns in an intense push-pull effect. The result is a melancholy and nostalgic collection of appropriations being crammed and jostled by Rashad and his collaborators, the samples whipped into line and hustled relentlessly into new contortions.

As an album Just A Taste is exactly that – just a taste of what will really come together when these ten cuts are inserted into a mixed context. While juke and ghettotech find their footing within the largely house-tempo scene of clubs outside of their native city, tracks such as ‘Love U’ with DJ Lucky set the bar for the genres. A genuinely haunting, hypnotic ripple of controlled stress, it is a prime example of what can, and arguably should be done to provoke movement on dancefloors around the world. Anybody enjoying this album should also definitely check out Rashad’s forthcoming LP Grace, also on Ghettophiles, for what could only be described as a thugged-out cosmic disco of juke thrashers.