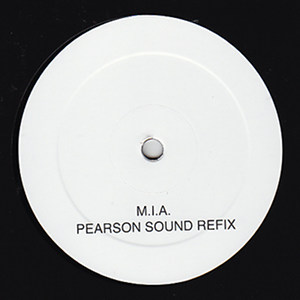 2010 was a prolific year for David Kennedy, spent juggling his alter egos Ramadanman and Pearson Sound to deliver a string of exemplary releases on labels like Swamp81, Aus Music, Hemlock and his own Hessle Audio, while still finding the time to set-up his vinyl-only night Acetate and provide one of the sets of the year at FACT’s party at XOYO in December [We didn’t force James to say this – Ed].

But while the rest of us were taking advantage of the dying days of the year to stuff our faces with turkey sandwiches or return unwanted gifts, Kennedy decided to offer a late Christmas present in the form of this blinding refix of M.I.A.’s ‘It Takes A Muscle’. One of the few stand-out tracks from the distinctly mediocre /\/\/\Y/\, Kennedy disassembles the electro-tinged reggae of the original and constructs a completely new creature bred specifically for the dance floor.

The Leeds-based producer has an overriding obsession with the percussive elements of his tracks, which can be felt everywhere from the jungle-esque breakbeats of ‘Blanked’ to the quasi-footwork of ‘Work Them’. He imbues his 808 drums with their own innate sense of life, present here in the intricate combinations of snares and hi-hats which seem to be mutating and evolving in real-time. M.I.A.’s vocal receives a similar treatment, irreverently chopped up and thrown into the sampler to be ejected later as distorted, guttural yelps. An intimidating bass note and moody synth line add a sense of depth, but they’re ultimately sonic window dressing for that intriguing and infectious beat. An essential record at NYE parties everywhere, this is another faultless release from an definite master of his craft and a tantalizing glimpse of what we can expect from his Fabric CD in March.