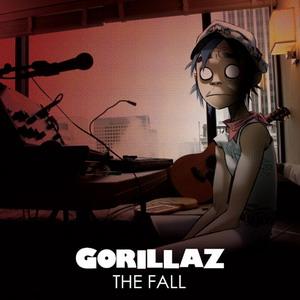 When electronic music production started making the transition from hardware to software, it was a boon to musicians but also a step backward. On one hand, producers didn’t need to buy hundreds of synthesizers, running cables all over their studio, and in fact, they didn’t really need a studio at all. Suddenly their studio and their instrument became easily portable with the laptop revolution. However, software music production led to an inherent disconnect from the sounds they were producing. Since they couldn’t easily “play” the sounds by hand on a laptop or workstation, a controller device was inevitably purchased and used. In a way, this brought them full circle back to the physical hardware. The advent of multi-touch technology, however, has begun to change all this. At last the software and the hardware have become one device. The iPad is arguably the most famous and successful of these devices. The dream of a portable studio where a producer can physically interact in an expressive and emotive way with the sounds they are making has begun to take shape.

While there have been various stories about artists using various mobile software over the past couple years, Damon Albarn’s announcement that he made a full new Gorillaz album with his iPad while on tour is certainly the most noteworthy. Increasingly, Gorillaz albums have been star-studded extravagant productions. After the relatively small scale debut album, Demon Dayz featured a parade of guests and a glossier production aesthetic. Plastic Beach upped the ante on the celebrity names and was recorded with orchestras around the world. Therefore, scaling back to just an iPad and a few instruments for The Fall is somewhat surprising, and has resulted in a quieter, more singer-songwriter type of album. Albarn is front and center on the majority of a tracks, which were recorded consecutively in various cities. As such, the album serves as a tour diary of his impressions of various North American cities, starting in Montreal and winding up in Seattle. The cities clearly influenced his subject matter, with titles relating to the cities or music sympathetic to the city’s history. ‘Detroit’ for example, is bent towards techno, albeit skewed to the Gorillaz side with quirky melodies and a loping pace.

There is a feeling of lonely contemplation for many of the tracks. Even halfway through the tour, in Chicago, ‘Shy-Town’ is a melancholy piece, with wailing synths and a pained vocal. Many artists talk about the loneliness of being on tour, surrounded by a larger number of people but so far from home. ‘The Joplin Spider’ sounds like someone going mad from being trapped in a hotel room for so long. Albarn also incorporates some location specific samples, such as on ‘The Parish of Space Dust’ with snatches of 97.1FM Houston and Brooks and Dunn. With the iPad being a primarily electronic music instrument, there are a number of instrumental heavy pieces like ‘Phoner to Arizona’ and ‘The Snake in Dallas’, which are based on playing organically with various synths applications. Perhaps its because of the common device, but nestled up against singer-songwriter tunes like ‘Amarillo’, they don’t sound out of place at all, but rather like moments of rest and solitude.

Towards the end of The Fall, there is a nostalgic uplift to the music., perhaps as a result of the tour coming to a close successfully or at the happiness of being able to go home. ‘Aspen Forest”s brightly beeping synth melody and bubbling rhythm kick the album’s finale off, but the guest vocals from Bobby Womack on ‘Bobby in Phoenix’ are where the climax really happens. At times sad and refreshing, his ode to Phoenix sounds like emergence from a long tunnel into the sun, with bluesy guitar and synthesizer swirls in the background. When he sings that Phoenix “has got a way of making you breathe a little better,” he might be talking about the altitude, but the general feeling of the track is more metaphysical than that. The LA Train Station narration on ‘California and the Slipping of the Sun’ reminds the listener that this album is about travel at its heart, and Albarn’s effected vocal comes through as if from a great distance. It’s a psychedelic end for The Fall, with squiggly blurps and beeps, deep synth pads and strings before breaking into a frenetic dash of a rhythm. Finally, the album rides out of the sounds of the Archie McPhee Yodeling Pickle with ‘Seattle Yodel’, which may just be Albarn’s version of a joyous shout upon contemplating his final trip home.