OK, so a new album from Adele is probably better news for our mum than it is for us, but our interest has been piqued by the involvement of Rick Rubin.

21, the British singer’s follow-up to her debut album 19, has been produced by Rubin – best known for his work with Beastie Boys, Johnny Cash, Run DMC, Slayer and Red Hot Chilli Peppers, and more recently Shakira, Gossip and Weezer.  Most of the album was recorded in Malibu by the hirsute knob-twiddler, with additional work by Paul Epworth in London.

“It’s different from 19, it’s about the same things but in a different light,” she says. “I deal with things differently now. I’m more patient, more honest, more forgiving and more aware of my own flaws, habits and principles. Something that comes with age I think. So fittingly this record is called 21. The whole reason I called my first album 19 was about cataloging what happened to me then and who I was then, like a photo album you see the progression and changes in a person throughout the years.”

It remains to be seen whether 21, due for release by XL on January 24, will build on the success of the 2 million-selling 19 and fire Adele into yet greater stardom, but the involvement of Rubin – who certainly knows how to make a record sound big – bodes well for her. 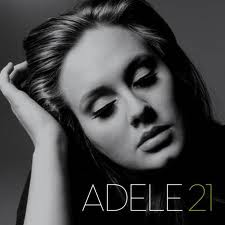