MINKS’ debut LP can be found By The Hedge


By The Hedge is the debut album by MINKS.

It’s due for release on January 11 via Captured Tracks, Brooklyn’s premiere stable for stylishly tortured bedroom jangle (Blank Dogs, The Beets et al). The band garnered a fair amount of press attention for their ‘Funeral Song’ 7″, which invited comparisons to The Cure in its stylised evocation of rain-plagued life in the commuter belt. But despite outward signs, MINKS – singer/songwriter Sean Kilfoyle and Amalie Brunn – hail not from Crawley but Boston.

Of course they have in rain in Boston as well, and though the band’s goth mannerisms are perhaps a little too on-trend for comfort, the songs come across as nothing if not sincere. Which is kind of crucial, because it would be hard otherwise to swallow poor-me titles like ‘Cemetery Rain’, ‘Life At Dusk’, ‘Bruises’ and ‘Ophelia’. Like that of their label boss Blank Dogs, MINKS’ music feels like a ghost impression of the records they grew up with; a smudgy, open-ended take on early 80s pop melancholia that still packs enough melodic punch to feel vital.

One for the boys and girls in long grey coats, then, but not to be sniffed at. 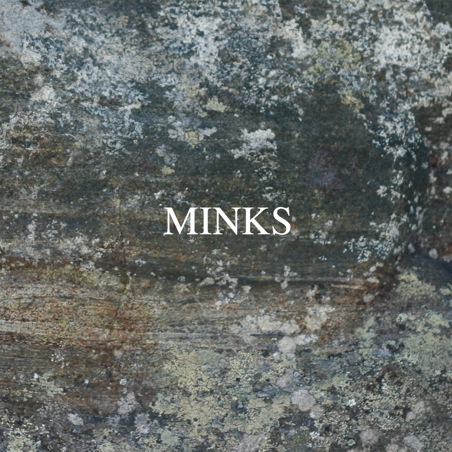