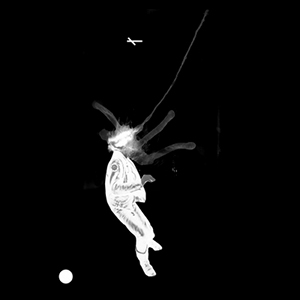 Sandwell District’s growing popularity seemed to emerge and cement itself at a time when techno’s white label renaissance of anonymity was at its peak. While the label had been around for years before that, they fit nicely into the narrative of techno at the end of the last decade, and a mix like Function’s excellent Sandwell RA podcast seemed to sketch out an impressively zeitgeist approximation of post-mnml techno with the loosely-organized label at its heart. There was always something a little different about Sandwell District, something that separated it from otherwise comparable peers – not the work of one person nor entirely concerned with obscuring the identities of its members. They were openly techno veterans, the considerable grouping of Function, Regis, Silent Servant, Female, and more.

As a collective unit, they were dogmatically noncommittal as to the status of their label. Sandwell was never its members’ exclusive release platform, and the label engaged in little to no promotion with a pragmatically staggered and unpredictable schedule. But in the past few years, the label has sped up and moved slightly more towards regularity – one can’t help but line it up with the increasing critical and popular attention – that seems to have culminated in Feed-Forward, a sort of debut album that acts as both a label compilation and concerted “band” effort. Indeed, the artist is credited as “Sandwell District”, stripping the tracks of their distinguished origins and blurring the lines between label and artist.

Feed-Forward is unique in the label’s catalogue because of its congruous, symbiotic nature: while the Sandwell producers have collaborated in the past, and remixed each other in nearly every combination imaginable, on this album their individual identities are completely collapsed. An individual producer’s sonic signature might shine through in certain instances (Function’s fingerprints are all over “Svar,” Silent Servant’s on “Immolare (First)”) but for the most part Feed-Forward is a community concern. There are no individual credits for each track, instead with a personnel lineup credited with specific sounds or tasks.

The album begins in fine form with the ‘Immolare’ trilogy, ‘First’ being a lengthy twelve-minute slice of sharpened knife-edge techno that melts into the softer ‘Main’ section, where breakbeats bust through viscous measures like heartbeats in amniotic fluid before solidifying back into the blocky menace of the ‘Final’ section. This three-pronged symphony would make an impressive enough EP on its own, but for Sandwell it’s just the beginning, getting the typical out of the way before imploding the ostensible template completely.

Sandwell go well beyond their established modus operandi of dark, vibing techno and head into mellower territory hinted at on their excellent sampler EPs. ‘Grey Cut Out’ billows out with a silky stream of chords, gently pushed along by floating woodblocks, the undercurrent of anxiety muted by the enveloping strings. More percussive are ‘Hunting Lodge’ and ‘Falling The Same Way’, the former suspending breakbeats in a manner that would confuse even Shed, and the latter sending out delicate pads like sonar pings. Reflecting each Sandwell recruit’s diverse and variable background, the album unwinds in conventional fashion with two ambient numbers. ‘Double Day’ and ‘Speed + Sound’ are two sides of a coin, both turning harsh tones into overwhelming streams of lightbloom, surprisingly hopeful and leaving the album lingering on a positive note.

The result of the long-awaited collaboration is a record that seems to dip its toes into every trend and idea of underground techno in the past few decades, encasing each in a time(less) capsule lovingly wrapped in the sheen of the collective’s learned expertise. If it wasn’t so unerringly smooth it would be overwhelming, but that Sandwell have created something so accessible and approachable is a testament to their talent. For this kind of brooding techno to sound so brilliantly effortless takes a lot of – you guessed it – effort, but the obvious hard work put in by Function and company has paid off with a defiant techno statement that feels as utterly singular and unconcerned with trends as it is undeniably contemporary and relevant.